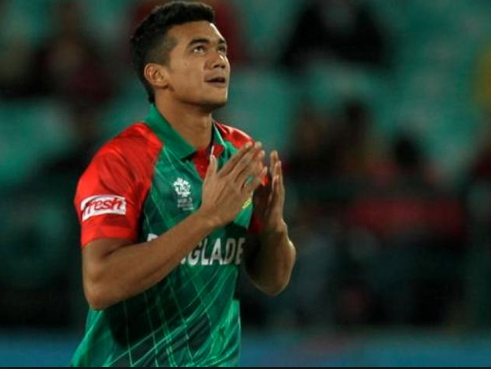 National team pace-bowler Taskin Ahmed is optimistic about his return to the side before the World Cup.

The right-arm pacer has been recovering from an ankle injury sustained during the last match of Sylhet Sixers in the last Bangladesh Premier League. Taskin was included in the Bangladesh squad for New Zealand tour but was later dropped due to the injury.

“My rehabilitation is going well. I have started running. Becoming 100 percent fit before the World Cup is my top priority now,” he said Saturday at the National Cricket Academy ground.

Taskin was one of the best bowlers in last BPL, bagging 22 wickets in 12 matches for Sylhet. “It was an accident,” he said of his injury. “It can happen to anyone.”

“But now I am confident about returning to the team before the World Cup,” the pacer said.

The next World Cup will be held in England and Taskin said he believes the condition is ideal for bowlers like him.

He said he is optimistic about participating in the ongoing Dhaka Premier Division Cricket League’s Super League stage. If he passes the fitness test and takes part in the league, it will be his final chance to prove his fitness.