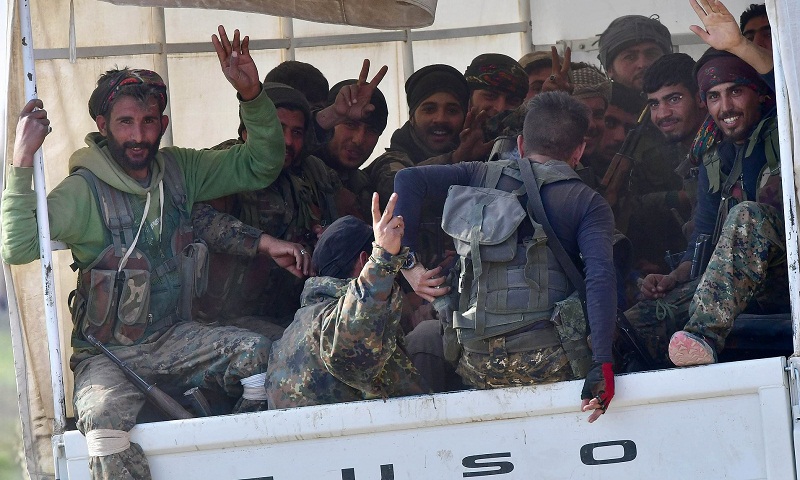 The US-backed Syrian Democratic Forces say the Islamic State group has lost its last bit of territory in Syria, bringing to an end its "caliphate".

Mustafa Bali said the SDF was declaring the "100% territorial defeat" of IS.

The jihadist group once controlled 88,000 sq km (34,000 sq miles) of land stretching across Syria and Iraq.

Despite the loss of territory, the group is still seen as a major security threat capable of mounting attacks in the region and worldwide.