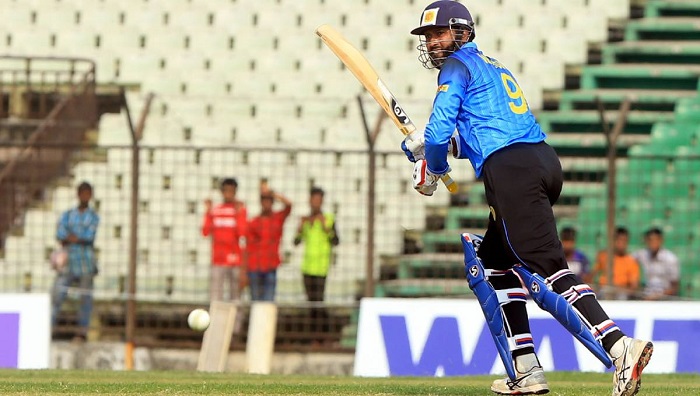 Abahani tasted the first loss of the season coming into the fifth round of the league. But they are still at number one on the points table with four wins in five matches.

Prime Bank also won four matches in five games and are at number two on the points table because of lower run rate.

In the day's match, the defending champions won the toss and decided to bowl first at Khan Shaheb Osman Ali Stadium. Prime Bank posted 302/5 in 50 overs, riding on Anamul's 102 - his third consecutive century in the league.

Abahani suffered a big blow at the start of their innings when Jahurul Islam was removed by Mohor Sheikh. They lost the second wicket on 63 runs.

However, in the third-wicket stand, Wasim Jaffer and Najmul Hossain added 132 runs. But, Mohammad Mithun (2) and Sabbir Rahman (10) disappointed.