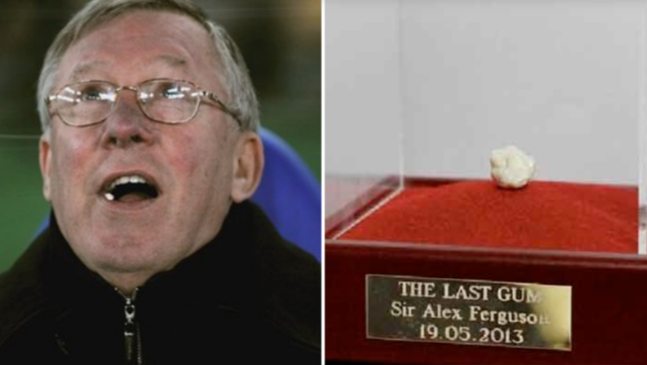 Sir Alex Ferguson left his mark on Manchester United and the world of football.Recently voted the second best manager of all time, the Scotsman was famous for, among many other aspects, his vigorous action of chewing gum, intensifying the closer games were. Well, now a single piece of his gum has been sold for an incredible value.

The United boss took charge of his final game on May 13, 2013 against West Bromwich Albion, then in the Premier League. It was a game that would remain in the memory for the legend's last stand, not to mention the incredible scoreline of 5-5. As ever, 'Fergie' chewed some gum through the game and, as was often the case, disposed of it on the ground

Whether it was wonderful foresight, or a decision of extreme fanaticism, one United supporter picked up that piece of gum from the ground and later put it up for sale on eBay. Unbelievably, it sold for 456,000 euros.

That value places a piece of gum alongside that of a new house. The surreal episode did, however, come with a very positive outcome, as the money raised went to the Manchester United Foundation.

Ferguson is to manage a team at the 'Treble Reunion' match at Old Trafford in May.