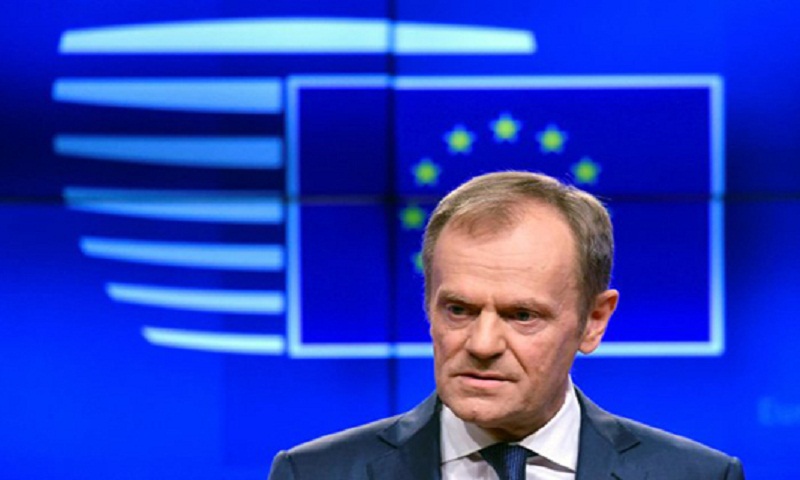 The EU could approve Britain’s request for a short delay to Brexit but only if UK MPs next week vote through the withdrawal deal they have twice rejected, European Council president Donald Tusk said Wednesday.

With nine days to go before Britain is due to leave the bloc, the country is gripped by uncertainty with little consensus how to proceed and Tusk’s statement was received as an ultimatum to encourage lawmakers to get behind May’s deal.

“I believe a short extension will be possible but it will be conditional on a positive vote on the withdrawal agreement in the House of Commons,” Tusk told reporters.

May told her country in a televised address from Downing Street late Wednesday that she was still “determined” to deliver Brexit and pull Britain through its worst political crisis in a generation.

“You want this stage of the Brexit process to be over and done with this. I agree. I am on your side,” May said, adding that she was requesting a delay until June 30 with “great personal regret”.

Lawmakers have twice resoundingly rejected May’s agreement, and a third vote the premier hoped to hold this week was cancelled by the House of Commons speaker on the grounds that the same vote could not be held again.

May now heads to Brussels for an EU leaders summit Thursday and Friday, where she will hope to secure a possible addition to her agreement that will let her put it to a vote next week.