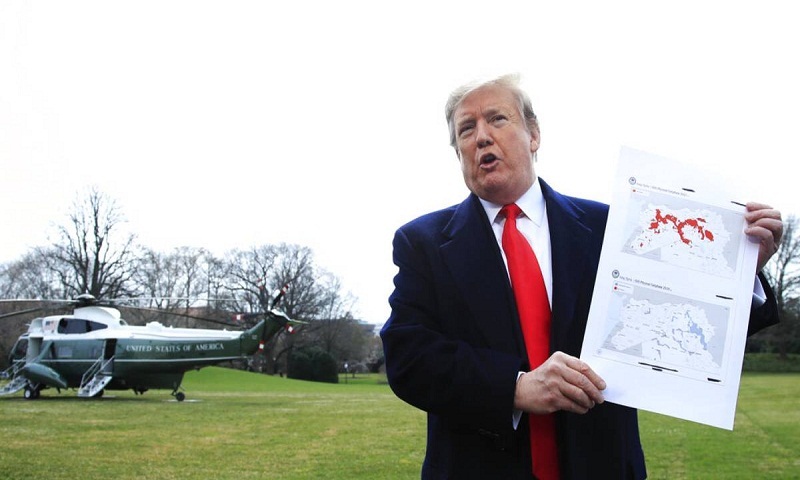 President Donald Trump said Wednesday the last pocket of the Islamic State's land in Syria will be liberated by US-backed forces "by tonight."

Trump has previously announced the defeat of the group, but sleeper cells of fighters have re-emerged. With no signs of fighting Wednesday, however, the long-running battle to retake the militants' last outpost in eastern Syria appeared to have reached its conclusion.

"The caliphate is gone as of tonight," Trump said in a speech at a factory in Lima, Ohio, where military tanks are assembled.

The complete fall of Baghouz would mark the end of the Islamic State group's self-declared caliphate, which at its height stretched across large parts of Syria and Iraq. Controlling territory gave it room to launch attacks around the world.

Ciyager Amed, an official with the Kurdish-led SDF, said they were searching for any IS militants hiding in tunnels in a riverside pocket in the village of Baghouz. The SDF has not yet announced a victory over IS.

On Tuesday, the SDF seized control of the encampment held by IS after hundreds of militants surrendered overnight, signaling the group's collapse after months of stiff resistance.