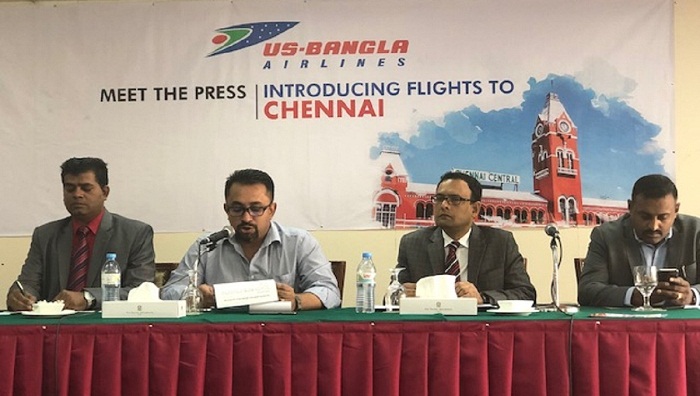 It will be the airline’s first flight to a south India city, US-Bangla CEO Imran Ashif announced this at a press briefing held at a city hotel on Wednesday.

Initially three flights will fly from Dhaka to Chennai via Chattogram on Sunday, Tuesday and Thursday and will return on the same day. The flight will leave Dhaka at 9:10am and reach Chennai at 12:45pm. The departure from Chattogram will be at 10:45am.

The flight will leave Chennai at 1:30pm and reach Dhaka at 6:00pm. The arrival in Chattogram will be at 4:30pm (Bangladesh standard time).