Asylum seekers waiting in Mexico seek to stay in US 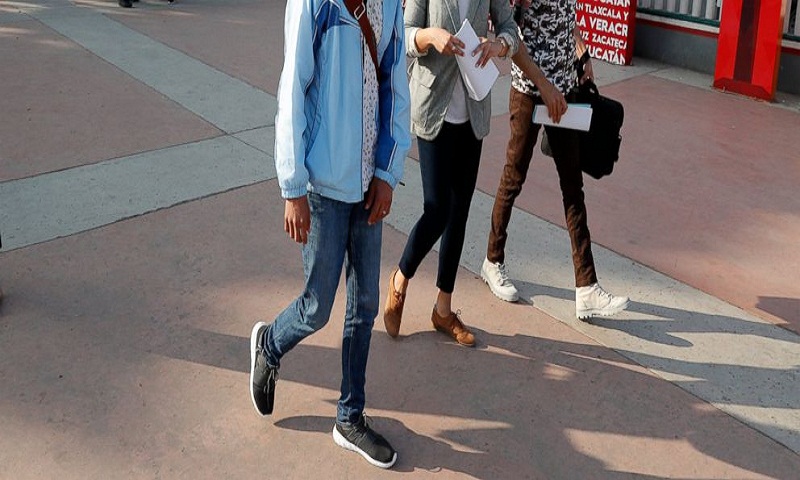 Several asylum seekers who are being forced to wait in Mexico while their cases wind through US immigration court told a judge Tuesday that they are afraid to return to Mexico as they await their next hearing — a development that introduces a new wrinkle to a major U.S. policy shift.

The seven cases being heard in a downtown San Diego courtroom are among the first to advance under the Trump administration policy that calls for people seeking asylum in the US to be held in Mexico.

The initial appearances came three days before a federal judge in San Francisco is set to hear arguments by advocacy groups to halt the policy.

The developments raised more questions about the administration's new approach to handling the claims of people who say they fear returning to their homelands because of danger related to race, religion, political beliefs, nationality or membership in particular social groups.

The administration hopes that making asylum seekers wait in Mexico will discourage weak claims and help reduce an immigration court backlog of more than 800,000 cases. Currently, families are typically released in the US with notices to appear in court and can stay until their cases are resolved, which can take years.

Critics say asylum seekers are forced to wait in unsafe environments and will struggle to find legal advice while in Mexico. Tijuana had more than 2,500 homicides last year.

The policy shift was introduced as families from Guatemala, Honduras and El Salvador arrive at the US border to seek asylum.

Five of the seven people who were scheduled to appear Tuesday were represented by attorneys. Six were Honduran; one was Guatemalan.

The policy change, which followed months of high-level talks with Mexico, has been introduced slowly with an average of 40 people a week being returned to Tijuana from San Diego in the first six weeks. Mexico agreed to accept up to 120 a week.

US officials began returning people to Mexicali, Mexico, from Calexico, California, last week and say they intend to sharply expand such activity across the entire border.

Mexicans and children traveling alone are exempt from the policy.

Mexico has said it will allow asylum seekers to wait in Mexico for humanitarian reasons.