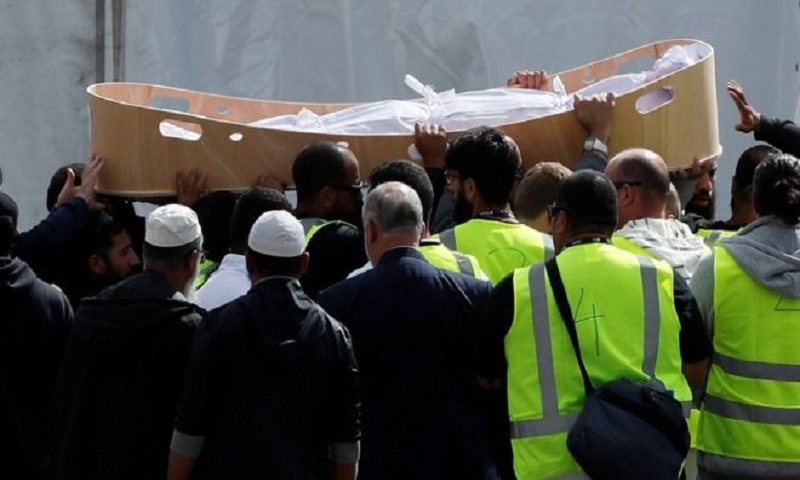 The first funerals are taking place for victims of the New Zealand mosque shootings that left 50 people dead.

Volunteers have travelled to Christchurch to assist with the burial process and support victims' families.

Islamic tradition calls for bodies to be buried as soon as possible, but the burials have been delayed by the scale of the identification process.

Australian Brenton Tarrant, 28, a self-described white supremacist, has been charged with murder.

Christchurch city officials issued strict guidance to the media ahead of Wednesday's funerals and requested that the families be left alone.

"The body will be brought on site, taken to a private marquee that has been set up as a family area," a council spokeswoman said.

"After a short time for prayers, family and friends will carry the body to the grave site where it will be laid to rest," she added.

All bodies to be released on Wednesday

Police on Wednesday named six of the victims of the shootings at the Al Noor mosque and hoped to release all 50 bodies to the families by the end of the day. All post-mortem examinations were complete, police said.

Yet some families expressed frustration with the delayed identification process. Mohamed Safi, 23, whose father Matiullah Safi died at the Al Noor mosque, complained about the lack of information.

New Zealand's immigration service said it was processing visas for the families of the victims seeking to come from abroad to attend funerals.