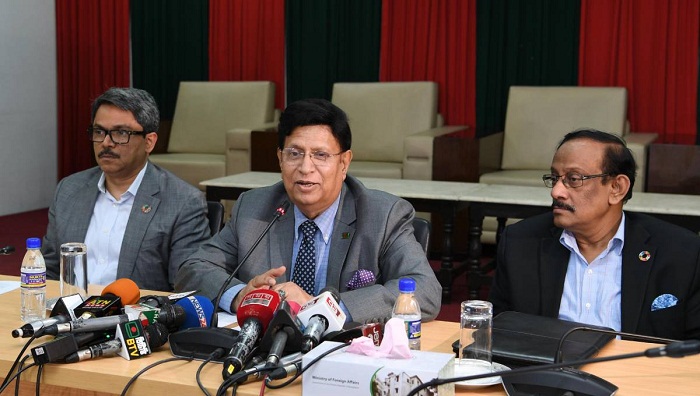 Bangladesh has rejected the US State Department’s 2018 country reports on human rights practices saying many things about Bangladesh mentioned in the report ‘by and large’ more applicable to the US rather than Bangladesh.

“I’ve enough doubt about their self investigation. We welcome reports that are objective and fact-based ones,” Foreign Minister Dr AK Abdul Momen told a media briefing at the Ministry of Foreign Affairs.

He said Bangladesh has already sent a protest note to US authorities in this regard and mentioned that it would be more objective if they have done their own investigation.

The Foreign Minister said the US report provided information in the name of individuals and organizations.

He said the US publishes such reports routinely and there is nothing to be worried about it.

Referring to attack on Prof Muhammed Zafar Iqbal, the Foreign Minister said the government deserves appreciation as the attacker was arrested and wondered how the US termed it a terrorist attack.

The Foreign Minister suggested the US authorities to go for a rigorous investigation and come up with an “informative and objective” report in the future which will help Bangladesh address the weaknesses, if any.

Talking about polls issues in the US and Bangladesh, he said Bangladesh practices better democracy than others.