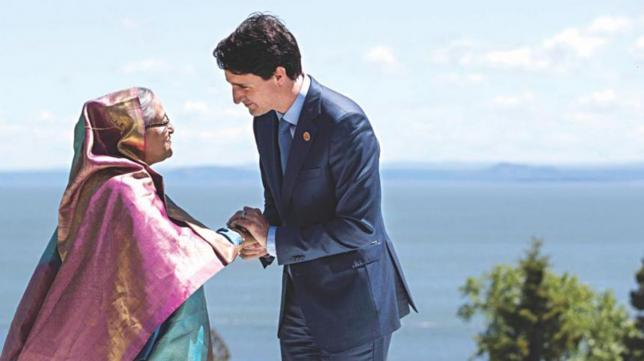 The premier made this call during a telephonic conversation with Canadian Prime Minister Justin Trudeau today.

Noor Chowdhury, a death row convict, for assassinating the Father of The Nation Bangabandhu Sheikh Mujibur Rahman, is residing in Canada.

Earlier, Prime Minister Sheikh Hasina and her Canadian counterpart Justin Trudeau called upon the global community to act together to stamp out terrorism during the nearly 20-minute conversation.