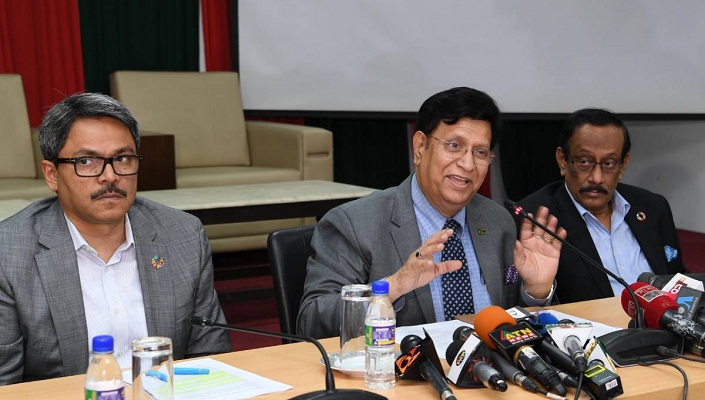 Among the injured, the condition of Lipi, wife of Masud and hailing from Kishoreganj, is critical, and she has undergone two surgeries and might take another surgery.

Mutassim, hailing from Gazipur, and Sheikh Hasan Rubel who sustained bullet wounds in their feet are out of danger. Another Bangladesh national, Shaon, is missing.

Fifty people were killed in terror attacks on two mosques during Jum'a prayers in Christchurch on the day.

The Foreign Minister said there was delay in disseminating information initially as the New Zealand Hospital Authority has just started providing information.

On Sunday evening, Foreign Minister Momen said there is no lack of coordination between his ministry and officials deployed on the ground after the terror attacks on two New Zealand mosques to find information about affected Bangladesh nationals.

He said the New Zealand government has informed Bangladesh that they will take one close relative from each of the victims' families to New Zealand and they will be able to bring the bodies back home.

They also decided to hand over the dead bodies of Bangladeshi victims fallen at the acts of terror at Christchurch, New Zealand to an individual family member, who can travel to New Zealand.

Foreign Minister Dr Momen said the Ministry of Foreign Affairs has appointed the following focal point in this regard - Md Walid Bin Qasem, Assistant Secretary (Welfare). He can be contacted at 01713111227 and his email ID is [email protected]

In order to facilitate the visa of New Zealand, one individual member from the victim’s family can apply for New Zealand visa online and upon completion of the visa application; he may contact the aforementioned official.

The online visa application website is as below: https://www.immigration.govt.nz/about-us/media-centre/news-notifications/family-members-of-mosque-incident.

Following gruesome terrorist attacks on the two mosques in Christchurch, the Bangladesh High Commission in Canberra has intensely engaged with the New Zealand authorities for the safety of members of Bangladesh diaspora and early safe exit of Bangladesh national cricket team from New Zealand. Tigers returned home on Saturday night.

The incident had happened minutes before the Bangladesh cricket team arrived at one of the mosques.

Meanwhile, the High Commission directly and through the Honorary Consul of Bangladesh in Auckland disseminated message to the Bangladeshis and diasporas living in New Zealand in general and Christchurch in particular to remain calm, be indoors, avoid the places of congregation and obey the instructions of law enforcers.

All the injured were learnt to have taken to hospital for treatment after the attack while all the dead bodies kept in the mosque till Saturday.