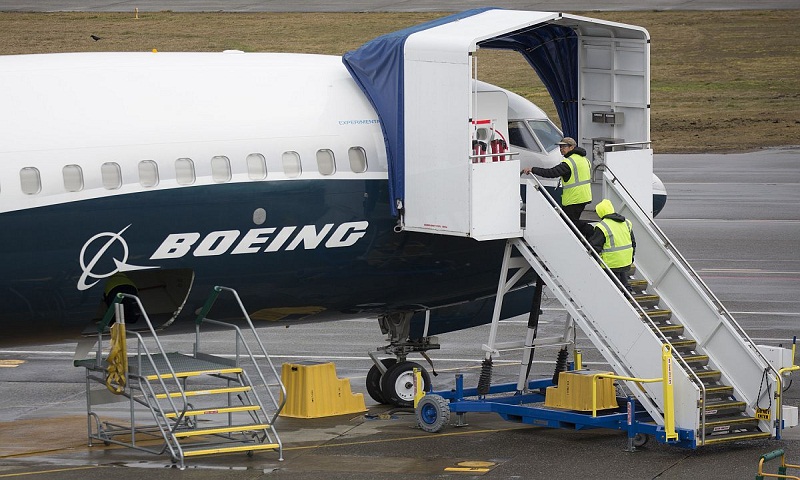 US aerospace giant Boeing is suspending deliveries of its top-selling 737 Max aircraft following a second deadly crash, but production of the planes will continue, a company spokesman told AFP.

“We are pausing the delivery of the 737 Max until we come up with a solution,” the spokesman said. “We are going to continue the production but we are assessing our capacities.”

The crash of an Ethiopian Airlines flight on Sunday, which killed 157 people, led governments worldwide to ban the planes until the cause is determined.

The United States becomes the last major nation to ban the fleet on Thursday.

US President Donald Trump announced that the US will ground all Boeing 737 Max 8 and 9 planes with immediate effect saying “safety of the American people was its paramount concern”.

Day after the Ethiopian Airlines crash, Boeing had said it will deploy enhanced software across the 737 Max fleet in the coming weeks. Boeing said it had been working on the software enhancement for the last several months.

It said it had been developing a flight control software enhancement for the 737 Max, “designed to make an already safe aircraft even safer”. “This includes updates to the Maneuvering Characteristics Augmentation System (MCAS) flight control law, pilot displays, operation manuals and crew training. The enhanced flight control law incorporates angle of attack (AOA) inputs, limits stabilizer trim commands in response to an erroneous angle of attack reading, and provides a limit to the stabilizer command in order to retain elevator authority.”

Countries worldwide banned the use of 737 Max 8 aircraft amid mounting safety concerns following two crashes in a short span of five months.

157 people were killed after an Ethiopian Airlines Boeing 737 Max 8 crashed 6 minutes after take-off from Ethiopian capital Addis Ababa on Sunday.

In October last year, an aircraft operated by Lion Air crashed killing over 180 people in Indonesia.