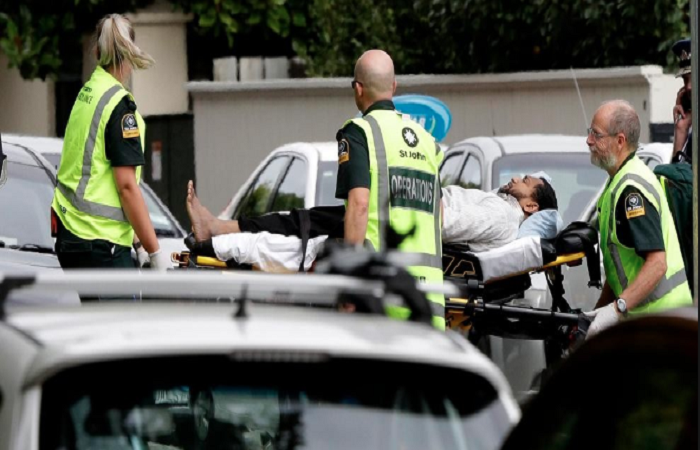 Gunshots have been heard near the Al Noor mosque in Christchurch, New Zealand, local media report, as police warn of a "critical incident".

Witnesses told local media that several people appeared to be injured inside the building. Police have warned people to avoid the area.

There is a report at least 27 people are dead after gunmen opened fire at mosques in Christchurch.

New Zealand police commissioner Mike Bush told reporters that there were multiple improved explosive devices attached to vehicles as part of the attack.

Bush said these had been "made safe by the defense force."

"This goes to the seriousness of the situation," he said.

He said that police were not assuming the situation was limited to Christchurch at this stage.

Three of those in custody were men and one was a woman, Bush said.