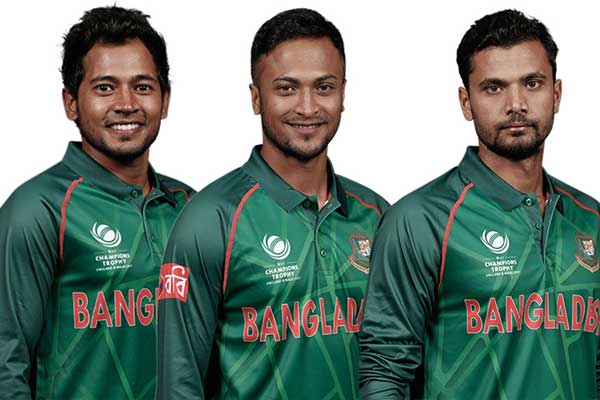 Shakib Al Hasan, Mushfiqur Rahim and Mashrafe Bin Mortaza have been placed among the hundred best sports personalities of 2019, selected by ESPN.

The ESPN came up with the announcement of the sports personalities after conducting a research on 800 best players of 78 countries of the world.

Among the 100 players, only 11 players from cricket secured their positions in the list.

Some eight cricketers from India have got positions in the list of the best 100 players. No players from other cricketing nations have been able to secure any position in the list.

Three facts - numbers of Google search, numbers of followers in social media and income of the players from advertisement- were mainly focused in making the list.

Securing 90th, 92nd and 98th positions by Shakib, Mushfiqe and Mashrafe respectively, these three Bangladeshi sportsmen were placed in the list for the first time.