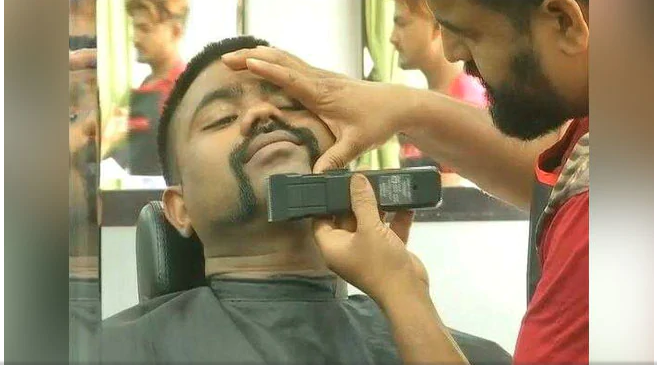 Dairy giant Amul tweeted a clip, just over a minute long, to honour Indian Air Force Wing Commander Abhinandhan Varthaman who returned to a hero's welcome from captivity in Pakistan on Friday night.

The video, which went viral on Saturday, is part of the brand's signature "Mooch Nahi Toh Kuch Nahin" campaign. The clip has over a thousand retweets and over 4,000 likes.

The video begins with the scion of a royal family brushing his bushy tash and then quickly cuts to people from across the social spectrum sporting a moustache. The ad film then ends with a shot of a young girl gulping down a glass of Amul milk and being left with a thick and creamy milk moustache.

The Anand-based diary brand also tweeted a doodle of the iconic Amul girl welcoming Wing Commander Abhinandan Varthaman. IAF Wing Commander was captured by Pakistani troops after his MiG 21 Bison aircraft went down during an air-to-air engagement between the two sides. He also downed a Pakistani F-16 fighter jet.