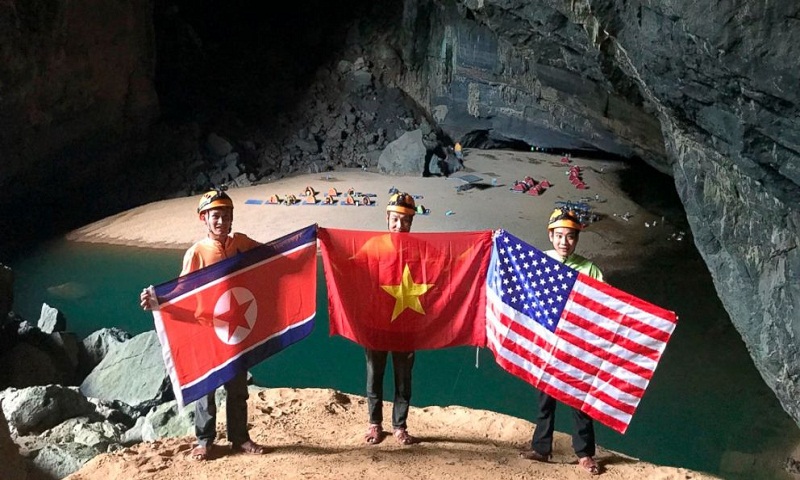 Vietnam has announced an unprecedented traffic ban along a possible arrival route of North Korean leader Kim Jong Un ahead of his second summit with President Donald Trump in Hanoi next week, state media reported.

The Communist Party's mouthpiece Nhan Dan newspaper late Friday quoted Vietnam's Department of Roads as saying the ban will first apply to trucks 10 tons or bigger, and vehicles with nine seats or more on the 170-kilometer (105-mile) stretch of Highway One from Dong Dang, the border town with China, to Hanoi from 7 p.m. on Monday to 2 p.m. on Tuesday, followed by a complete ban Tuesday on all vehicles from 6 a.m. to 2 p.m.

The summit is slated for Wednesday and Thursday.

It gave no other details. The move implies that Kim may take a train and disembark at the Dong Dang railway station and proceed by car to Hanoi.

It is not known if he will travel by train from Pyongyang via China or fly to a nearby Chinese city. Kim's overseas travel plans are routinely kept secret.

The People's Committee in Lang Son province, where the Dong Dang railway station is located, issued a statement Friday instructing the road operator to clean the stretch of the highway and suspend road works among other things to serve "a political task" on Feb. 24-28.

The second summit in Hanoi takes place following the historic meeting in Singapore last June where Kim and Trump reached a vaguely worded commitment from North Korea to dismantle its nuclear weapon program.

Kim traveled to Singapore by plane on loan from China.

Hanoi has been gearing up for the summit with beefed up security. Officials say the colonial-era Government Guest House in central Hanoi is expected to be the venue of the meeting, with the nearby Metropole Hotel as a backup.

Streets around the two places have been beautified with flowers and flags of North Korea, the U.S and Vietnam.

Workers were also putting final touches on the International Media Center. The Foreign Ministry says some 2,600 members of the foreign press have registered for the event.