House launches probe of US nuclear plan in Saudi Arabia 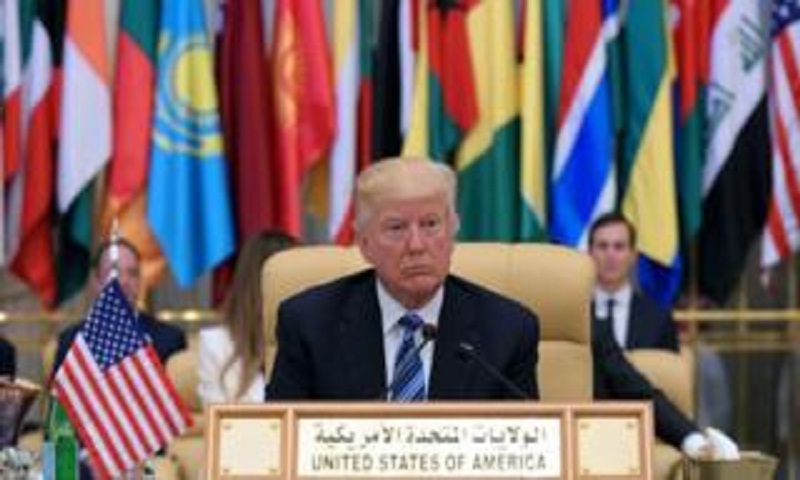 The US is rushing to transfer sensitive nuclear power technology to Saudi Arabia, according to a new congressional report.

A Democratic-led House panel has launched an inquiry over concerns about the White House plan to build nuclear reactors across the kingdom.

Whistleblowers told the panel it could destabilise the Middle East by boosting nuclear weapons proliferation.

Firms linked to the president have reportedly pushed for these transfers.

The House of Representatives' Oversight Committee report notes that an inquiry into the matter is "particularly critical because the Administration's efforts to transfer sensitive US nuclear technology to Saudi Arabia appear to be ongoing".

And Mr Trump's son-in-law, White House adviser Jared Kushner, will be touring the Middle East this month to discuss the economics of the Trump administration's peace plan.

But concerns around rival Iran developing nuclear technology are also at play, according to US media.

Previous negotiations for US nuclear technology ended after Saudi Arabia refused to agree to safeguards against using the tech for weaponry, but the Trump administration may not see these safeguards as mandatory, ProPublica reported.

Critics say giving Saudi Arabia access to US nuclear technology would spark a dangerous arms race in the volatile region.

The House report is based on whistleblower accounts and documents showing communications between Trump administration officials and nuclear power companies.

It states that "within the US, strong private commercial interests have been pressing aggressively for the transfer of highly sensitive nuclear technology to Saudi Arabia".

These commercial entities could "reap billions of dollars through contracts associated with constructing and operating nuclear facilities in Saudi Arabia".

Mr Trump is reportedly "directly engaged in the effort".

The White House has yet to comment on the report.

The report includes a timeline of events and names other administration officials who have been involved with the matter, including Energy Secretary Rick Perry, Mr Kushner, Mr Trump's inaugural committee chairman Tom Barrack and former National Security Adviser Michael Flynn.

Flynn was found guilty of lying about Russian contacts by special counsel Robert Mueller as a part of the inquiry into alleged Russian meddling in the 2016 presidential election.

The commercial entities mentioned in the report are:

IP3 International, a private company led by ex-military officers and security officials that organised a group of US companies to build "dozens of nuclear power plants" in Saudi Arabia

Flynn Intel Group, a consultancy and lobby set up by Michael Flynn