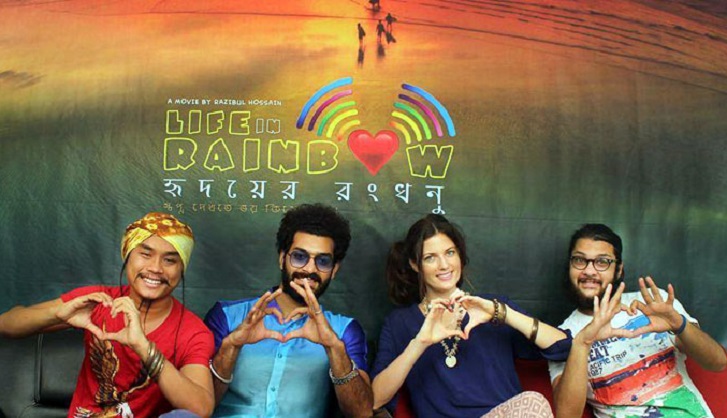 Bangla adventure film 'Hridoyer Rongdhonu' (Life in Rainbow) is going to be released exclusively at Star Cineplex in the city on Friday.

In a media briefing on Monday night at a Dhaka restaurant, Director Razibul Hasan said the film was cleared for screening after two years from Bangladesh Film Censor Board on October 23 last year. "We are looking forward to the long- awaited release," he said.

Hasan said the film's protagonist, Mina Boskan, a Serbian girl, came to Bangladesh for its promotion and would join its premiere show.

"We are looking forward to a better cultural relationship betwen Bangladesh and Serbia. It is the first adventure film where Serbian actress Mina has played the main character," the director added.

The adventure movie in Bangla was also premiered at 17th Dhaka International Film Festival 2019 while it was selected as "View Corner" at Goa Film Bazaar last year.

'Life in Rainbow' is a story of four aspiring youths (three boys and a girl). They are friends and have everything in life. One day they get a call from a mysterious character who knows everything about them.

He offers them a trip, saying: "If you dare to take any challenge you can join a trip - a trip to an unknown destination!"