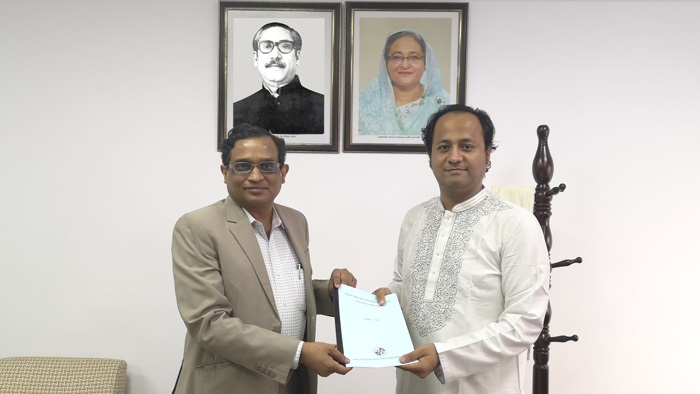 VC Munaz handed over a brief report on overall progress of BDU to the deputy minister Nowfel on Sunday.

Professor Dr Munaz Ahmed Noor paid the courtesy visit and exchanged views with the minister at the Education Ministry on Sunday afternoon, said a press release.

He welcomed and congratulated the newly appointed deputy minister on behalf of the university during the visit.

The VC also handed over a brief report on overall progress of BDU to the deputy minister.

Deputy Minister for Education Nowfel expressed hope to extend his support for the development of the university, the release added.

After the visit, VC Munaz Ahmed said, “I handed over a brief progress report of Bangabandhu Digital University to the honourable deputy Minister for Education Nowfel. As the digital university is the priority based project of the government, he vowed to discharge his duties responsively for the progress of the university.”