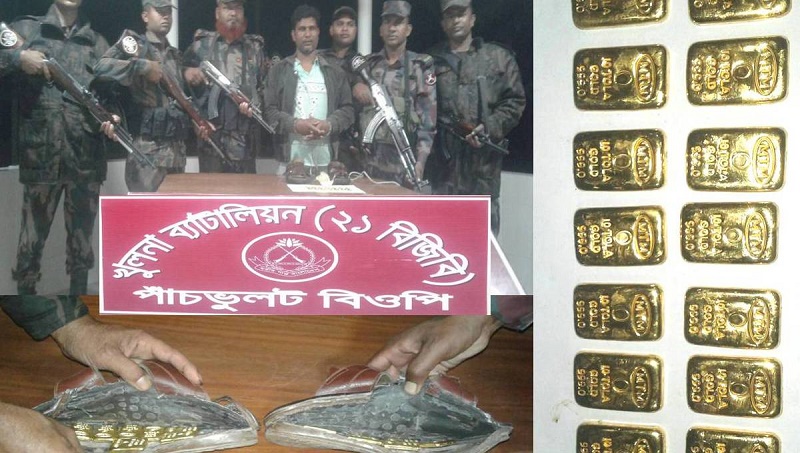 The arrestee was identified as Dilip Halder, 35, son of Khudiram Halder.

Being informed that a consignment of gold was being smuggled to India, a team of BGB conducted a drive and arrested Dilip along with the gold weighing 1.630 kilogram worth Tk 85 lakh, said Lt Col Imram Ullah Sarker, commander of BGB-21 battalion.

Later, he was handed over to Benapole Port Police Station after filing of a case in this connection.