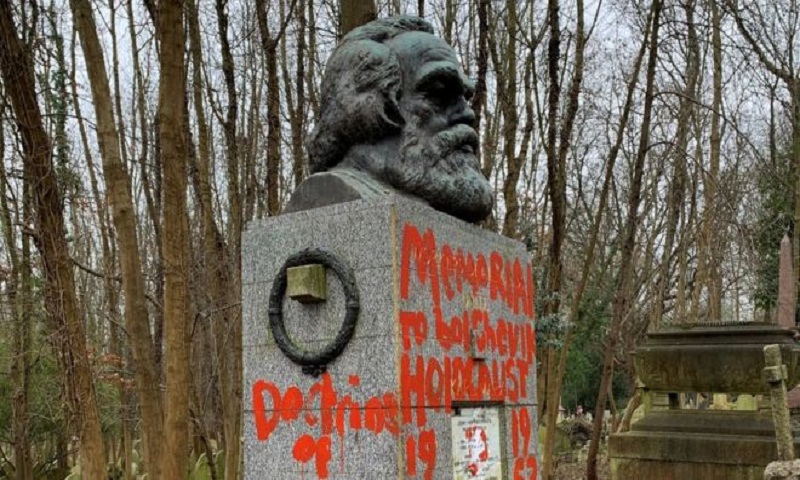 Karl Marx's memorial in north London has been vandalised for the second time in two weeks.

The words "Doctrine of Hate" and "Architect of Genocide" are scrawled in red on the Grade I-listed grave in Highgate Cemetery.

This latest incident follows a "deliberate and sustained" hammer attack on 4 February that left the memorial badly damaged.

There have been no arrests in connection with either attack.

Friends of Highgate Cemetery Trust said the German philosopher's memorial would "never be the same again" following the previous attack.

Maxwell Blowfield, from the British Museum, said he was "quite shocked" to see the most recent act of vandalism when he visited the cemetery earlier with his mother.

The 31-year-old said it was particularly sad because tourists regularly visited the site.

In 1970 a pipe bomb blew up part of the plaque's marble face, that was first used for Marx's wife Jenny von Westphalen in 1881.

The plaque was subsequently moved when both Marx and his wife were exhumed and moved to a more prominent location within the cemetery in 1954.

It has also been covered in Swastikas and emulsion paint has been thrown at it, in the past.