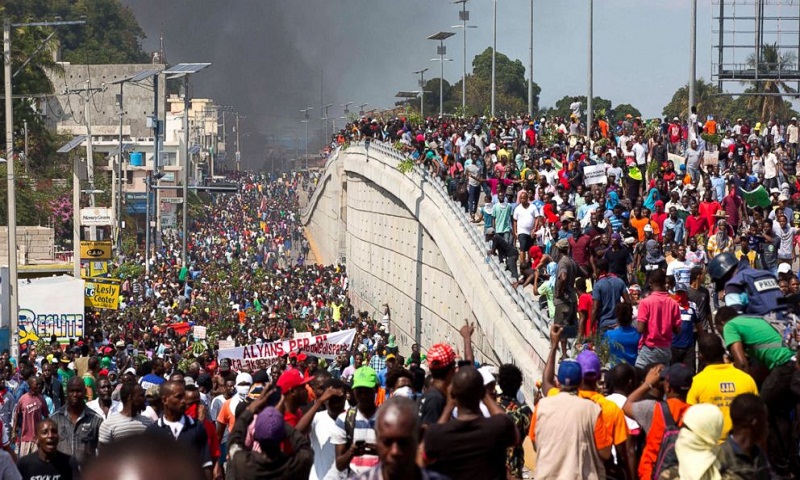 Haitians on Friday vowed to keep protesting until President Jovenel Moise resigns, despite his announcement of upcoming economic measures designed to quell more than a week of violent demonstrations across the country.

Moise said during a televised address late Thursday that he would not surrender the country to armed gangs and drug dealers, and he accused people of freeing prisoners to kill him. It was the first time Moise had spoken since the demonstrations began, and he made another call for dialogue with the opposition.

"I heard the voice of the people. I know the problems that torment them. That's why the government has taken a lot of measures," he said. "I asked the Prime Minister to come and explain them and implement them without delay in order to relieve misery."

He said Prime Minister Jean-Henry Ceant would share details of the new economic measures Friday, but none were announced as protesters once again clashed with police in the Port-au-Prince neighborhood of Delmas. Unrest also was reported in cities including Gonaives and Mirebalais, while opposition leaders said they would join in and head to Moise's home.

Protesters remain angry about skyrocketing inflation and the government's failure to prosecute embezzlement from a multi-billion dollar Venezuelan program that sent discounted oil to Haiti. Few believe the government will take any steps to alleviate the crisis.