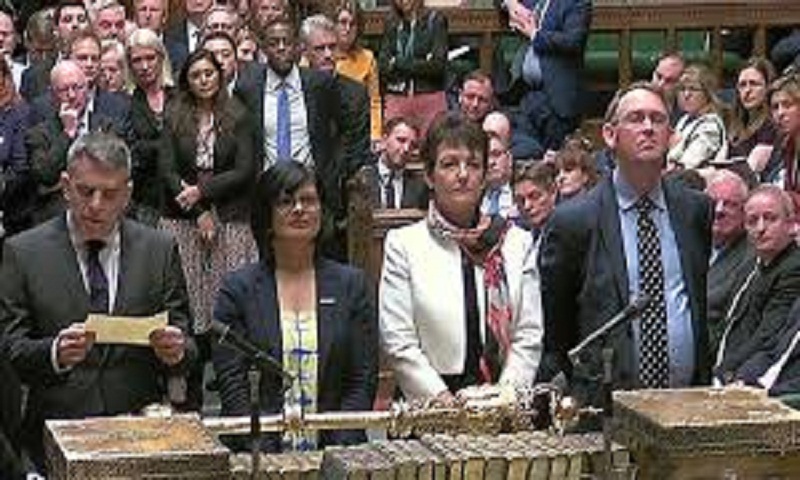 Prime Minister Theresa May has suffered another Commons defeat after MPs voted down her approach to Brexit talks.

MPs voted by 303 to 258 - a majority of 45 - against a motion endorsing the government's negotiating strategy.

The defeat has no legal force and Downing Street said it would not change the PM's approach to talks with the EU.

But Labour leader Jeremy Corbyn urged Mrs May to "admit her Brexit strategy has failed" and to come forward with a plan Parliament would support.

The defeat came after the pro-Brexit European Research Group (ERG) of Conservative MPs announced it had taken a "collective decision" to abstain, because backing the motion would have amounted to an endorsement of efforts to rule out a no-deal Brexit.

Mrs May has consistently rejected calls to rule out a no-deal Brexit, but Tory Brexiteer rebels believed the wording of what was meant to be a neutral government motion opened the door to that.

The motion reiterated support for the approach to Brexit backed by MPs in votes last month, one of which ruled out a no-deal Brexit.

The voting figures showed it was not just hardline Brexiteers that failed to support the government - a number of Tory Remainers also declined to vote, as more than a fifth of the party in the Commons failed to back the government.