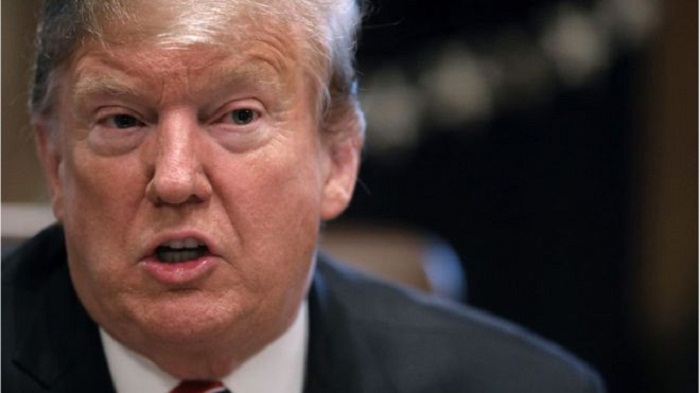 US president Donald Trump will sign a border security bill to avert a government shutdown as well as declare a national emergency to fund his wall.

The White House said Trump would sign the bill as promised, but also take action to use military funds for his US-Mexico border wall.

Congress must first pass the bill before it is signed by the president.

"The President is once again delivering on his promise to build the wall, protect the border, and secure our great country," White House Press Secretary Sarah Sanders said in a statement on Thursday.

She added he would "take other executive action - including a national emergency - to ensure we stop the national security and humanitarian crisis at the border".

The compromise legislation includes $1.3bn (£1bn) in funding for border security, including physical barriers, but it does not allot money towards Trump's wall.

Getting around Congress, not through it

A month ago, in the midst of the federal government shutdown crisis, a consensus had emerged that the easiest way out for the president was to back down from his demands for congressional border wall appropriations while declaring a "national emergency" to commandeer funds from other sources.

It took a while, but the path of least resistance was the one Donald Trump followed.

He extricated himself from a predicament of his own making, while taking action that he can cite to supporters as evidence that he's fulfilling his "build the wall" campaign promise.

Of course, the drawbacks to this course that were apparent in January are still there.

Republicans fear this will set a precedent for presidential power that Democrats can someday use to circumvent the will of Congress.

The emergency declaration is sure to get bogged down in court challenges, which means it may not have much tangible benefit anytime soon.

And, as much as the president may like to spin this as a victory by other means, he still backed down in the face of Democratic resistance in Congress.

The shutdown fight was always about more than just the wall - it was a battle over who would set the political agenda for the next two years of the Trump presidency.

And if this resolution is any indication, if the president wants to get his way he's largely going to have to find ways around Congress, not through it.