Child health in jeopardy over random use of antibiotics 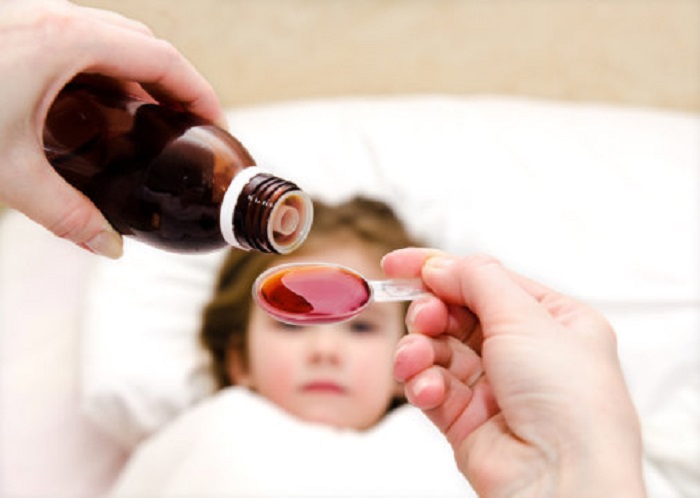 Hasibul Karim lives with his family incapital’s Goran area. His 7-year-old daughter Rodela suffers from cold and cough often. Sometimes she gets high fever lasting four to five days. Karim went to a pediatrician, who prescribed seven-day antibiotic course for Rodela alongside normal medicine for fever.

“Children naturally don’t like to take medicine. Moreover it is very hard to complete the seven-day antibiotic course for them. Whenever we force her to take the antibiotic, she began crying, compelling us to leave the course incomplete, which, I think, is creating more risk for her,” Hasibul Karim said.

Antibiotics are very effective to treat infection, but it is losing its effectiveness through the random use. According to a research conducted by International Centre for Diarrhoeal Disease Research, Bangladesh (icddr’b), the tendency of buying and taking antibiotics without prescription is growing rapidly. After feeling a little better, many people stop the course on its halfway.

The researchers fear that if this bad practice continues, one day these antibiotics will not work anymore as the intake of inadequate amount of
antibiotics is affecting internal organs like kidney and liver and making human beings vulnerable to various diseases.

There is no statistics on the use of antibiotics in the country on national-level, but some researchers based on surveys carried out by Bangabandhu Sheikh Mujib Medical University (BSMMU) and Dhaka University stated the situation as dire.

In most cases, antibiotics are being used randomly in the case of treating pneumonia in children.

Researchers conducted a research on 80 children aged bellow five, who were suffering from pneumonia and came to a private hospital in the capital.

A group of researchers from icddr’b, BRAC and Shaheed Tajuddin Ahmed Medical College Hospital conducted a research to know how much the physicians are following the guideline in treating the pneumonia affected children.

They observed that pediatricians are prescribing antibiotics of same dose to all the sick children without categorizing their type of pneumonia. Physicians are even prescribing them high dose of antibiotics without any necessary test.

World Health Organisation (WHO) in a recent report expressed its fear that the microbes are becoming more and more antibiotic resistance though random use, which will cause death from minor infection and wounds.

WHO released the report after collecting data from 114 countries across the world. In the report, researchers mentioned about ‘post-antibiotic era’,
where they said if necessary steps were not taken immediately, it would not be possible to evade the disaster.

Despite the WHO pneumonia treatment strategy, the inappropriate use of higher-generation cephalosporin and carbapenem was high in the study hospital. The results underscore the compliance with the WHO guidelines of antibiotic use and the importance of enforcing regulatory policy of the rational use of antibiotics for treating hospitalized children with pneumonia. Following these guidelines may help prevent increased antimicrobial resistance.

Paediatric of Dhaka Medical College Professor M Abid Hossain Mollah referring to the WHO policy said children under five cannot intake
Azithromycin, a macrolide-type antibiotic which is used to treat a wide variety of bacterial infections.

It is like a crime to prescribe high power antibiotic at the beginning of any disease, as no other medicine would work further if the antibiotic did
not work, said Sir Salimullah Medical College and Hospital child specialist Dr Abdul Mannan.

According to WHO, due to Antibiotic resistance in people, there is an estimation over 7.5 lakh people die every year and the number will raise to 10 lakh by 2050 as common infections and minor injuries are claiming lives, raising a concern in the post-antibiotic era.

Emphasizing the need for using the proper use of antibiotic the experts said the doctors need to evaluate the effectiveness of their treatment and antibiotic must be prescribed only if needed.