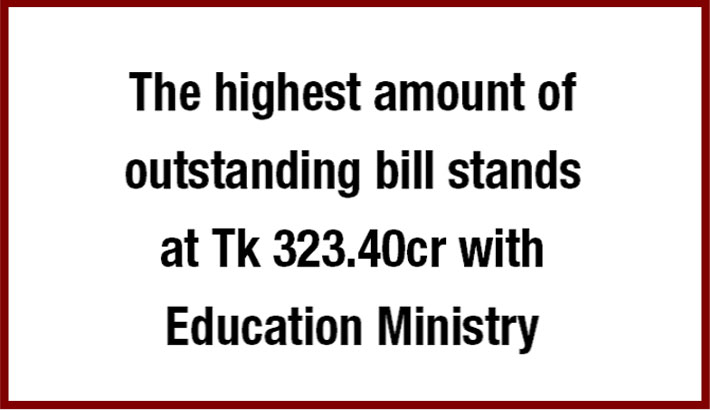 He, however, did not name the semi-government and private organisations with outstanding electricity bills.

Nasrul Hamid said various measures had been taken to realise the outstanding bills.

“With the stock of 1.006 TCF gas which was recently invented in Bhola district, country’s total gas stock now stands at 11.46 TCF till January 1 this year,” he said.

The country’s total available gas is not adequate compared to its increasing demand, he said.

He said efforts are underway to explore new gas fields to fulfil the growing demand of gas. “Five international oil companies are being involved to explore new oil and gas reserves in the deep sea,” he said.

Besides, the government has taken various initiatives for attracting foreign investment in offshore oil and gas exploration activities.