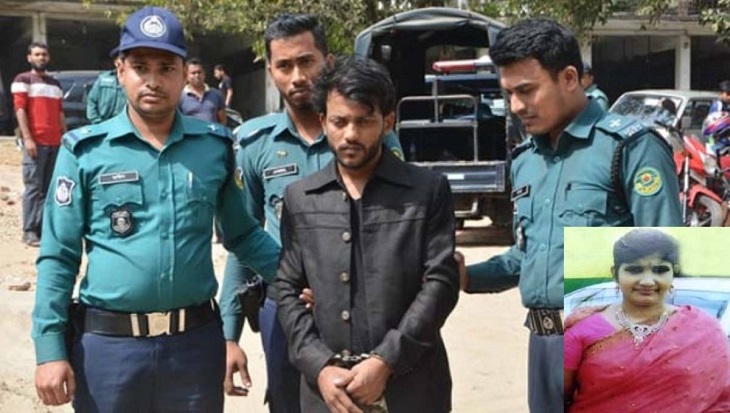 Md Farhad Hossain Limon who killed his sister-in-law for refusing to give him money, confessed to investigators that he planned the murder watching Indian television series ‘Crime Patrol’ that narrates real-life stories of kidnappings and homicides.

Hasina Begum, 32 is a garment worker who had been found dead on February 8 at her rented house at Kalihat. Her husband is a Saudi expatriate and their only son Abir Hossain stays at a madrasah in Pahartoli area.

The youth was arrested after Hasina’s brother filed a case with Akbar Shah police. A court gave investigators five days to interrogate him in custody on February 9.

Limon told police that he was a regular viewer of ‘Crime Patrol’ which showed various case studies of murders. He said he planned to make the murder look like a theft case.

Limon, son of Abul Kashem Patwari of Paikpara area of Chandpur, he sought money from his sister-in-law but she declined and he lived in the same building as Hasina.

Quoting Limon, police said he went to Hasina’s house on February 7 in the pretext of watching television after she returned from work. Hasina slept in her bedroom after finishing household chores where Limon strangled her to death.

After the murder, he took the gold ornaments and mobile phone and dragged her body to the drawing room before fleeing.

Limon claimed that Hasina usually refuses to help him financially which made him angry to such extent that he murdered her finally.

The adversity of emerging Indian satellite channel in our society that apocalypses the ordinary people’s value and it’s working as a noxious culprit for our culture.