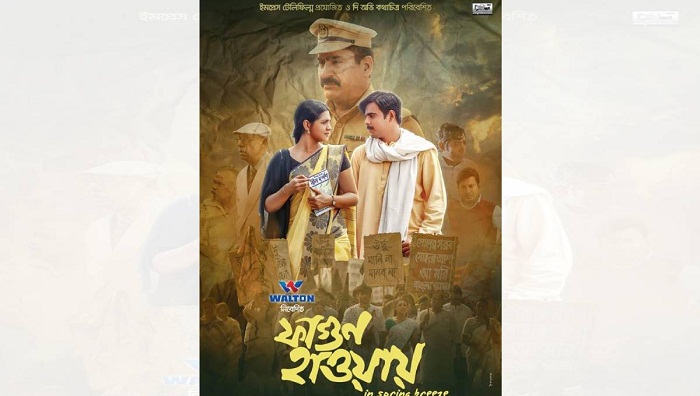 The movie, based on the 1952 Language Movement, is being distributed by Ovi Kothachitra.

The film’s poster was opened by Bipasha Hayat and Amin Khan in presence of all artists of the movie. The trailer and songs were released last year.

The film is produced by Impress Telefilm and inspired by Tito Rahman’s ‘Bau Kotha Kao’ short story based on the Language Movement.

Tauquir made his directorial debut with ‘Joyjatra’, a 2004 film based on the Liberation War.