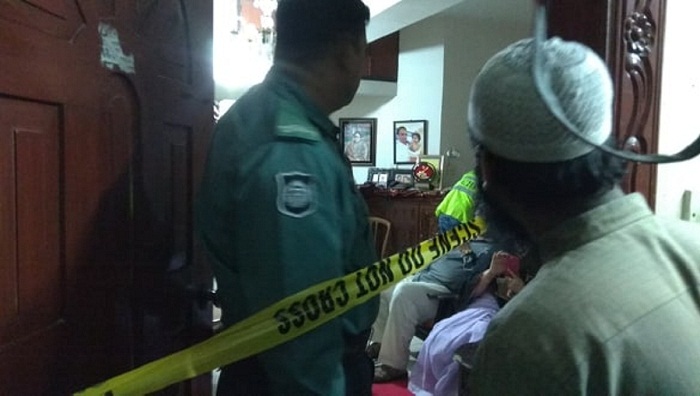 On information, a team of New Market police rushed to the spot at 16/C apartment of Sukannya Tower in city’s Elephant Road area and recovered her body around 8:00pm.

The deceased’s husband Ismat Kadir Gama, a valiant freedom fighter, told media that he found her wife lying unconscious on the floor and the belongings of the house were scattered.

Police suspect that Mahfuza, hailing from Gopalganj and aged 66, might have been strangulated. Suspicion was surrounding as the three domestic helps of the house who were on the run since the incident.

There was an allegation of stealing gold ornaments from the apartment as well. Law enforcers said they already have confirmed the identities of the house maids and trying to nab them.

The body was yet to be sent to hospital morgue for autopsy until filing of the report 11.40pm.