1cr people to be brought under electricity coverage 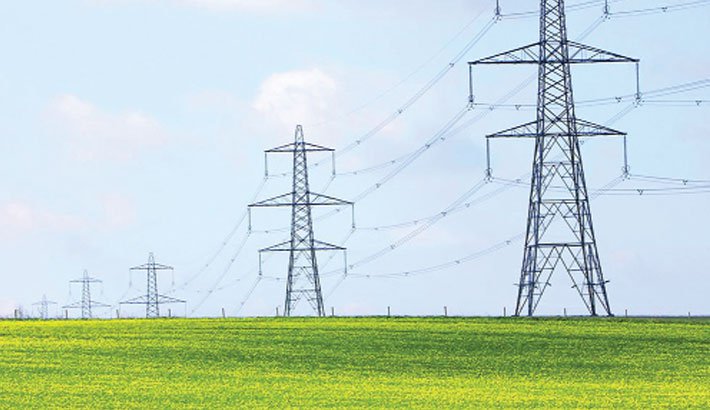 The government has undertaken nine schemes, including two power distribution projects in Rangpur and Rajshahi divisions for bringing one crore people under electricity coverage.

The power distributions lines will able to provide around 4.15 lakh new power connections in Rangpur and Rajshahi divisions.

The Executive Committee of the National Economic Council (ECNEC) at a meeting on Tuesday approved the projects with Prime Minister Sheikh Hasina in the chair in the NEC Conference Room in the city.

The projects are undertaken with a view to ensuring cent percent electrification by 2021 in the project areas, strengthening and improving further the power distribution system to provide uninterrupted power supply for every user by 2030, improving the socio-economic conditions of people in the project areas and providing improved client services.

Briefing the reporters after the meeting, Planning Minister MA Mannan said that a total of nine projects were approved at the ECNEC meeting involving an amount of Tk 164.33 billion (Tk 16,433.27 crore).

Of the approved nine projects, five schemes are new while four others are revised ones.

The planning minister said Prime Minister Sheikh Hasina in the meeting asked the Ministry of Land to frame a national policy for optimum utilization of land for various purposes like building industries and agricultural uses across the country.

She underscored the need for strengthening the capacity of Bangladesh Railway through ensuring BMRE of the existing workshops so that these could continue maintenance works extensively and manufacture Railway spare parts instead of importing those from abroad.

The prime minister also stressed the need for developing an integrated communication system across the country comprising the roads, railways and waterways.

The government will work for developing an integrated transport system with rail, bus and streamer (water vessels) in Bangladesh like European countries, Mannan quoted the Prime Minister as saying.

Talking about the use of land, the Prime Minister said the lands will have to be used carefully amid the rapid industrialisation.

The Prime Minister said it needs austerity and cautionary exercise in the use of lands particularly arable lands.

She also reiterated her stance to incorporate Effluent Treatment Plants (ETPs) in every future development projects where infrastructure works are associated with ensuring waste management.

The remaining four approved projects are Establishment of 99 Composite Brigade for Ensuring Overall Security for Project of Padma Multipurpose Bridge (Revised) Project with the cost of Tk 1,320.37 crore; Upgrading Link Road-Labony Intersection Road into Four-Lane in Cox’s Bazar Project with Tk 288.69 crore; Construction of 103.43-Metre Bridge at the 6th kilometer of Aricha (Barangail)-Ghior-Daulatpur-Tangail Road Project with Tk 102.43 crore, and Development of Switching and Transmission Network for the Strengthening Digital Connectivity Project with Tk 155.38 crore.