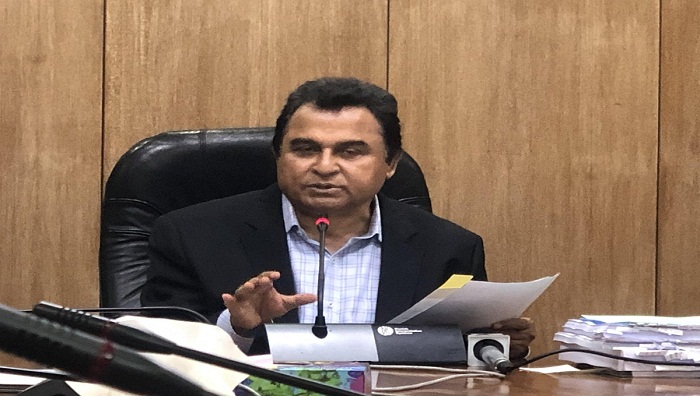 The Cabinet Committee on Public Purchase on Wednesday approved a total of six proposals, including one to set up a 590 MW power plant in Chattogram under the private sector.

New Finance Minister AHM Mustafa Kamal presided over the maiden meeting of the new committee after the formation of the government following Awami League’s victory in the December-30 general election.

After the meeting, Mustafa Kamal briefed reporters on the outcome of the meeting.

The committee approved a proposal of the Power Division to allow a consortium of three companies -- one Bangladeshi and two from China -- to establish the 590 MW Combined Cycle Power Plant in Anwara of Chattogram.

As per the proposal, the plant will be run with natural gas or imported re-liquefied natural gas (RLNG).

The Bangladeshi sponsor of the project is United Enterprise & Co Ltd while the Chinese companies are Kyushu Electric power Co. Inc and Sojitz Corporation.

State-owned Bangladesh Power Development Board (PDB) will purchase electricity from the plant for over 22 years at a levelised tariff of US Cent 3.6867 per unit (kilowatt hour) which is equivalent to Tk 2.9493 when it will be running with natural gas.

But the tariff will be charged at US Cent 6.8043, equivalent to Tk 5.4435, per unit when it will be running using imported RLNG.

Another proposal of the Power Division to install 150,575 pre-paid metres by December 2019 in Cumilla and Mymensingh regions also received approval of the committee.

Of the total pre-paid metres, 70,250 will be installed in Cumilla region while 80,325 in Mymensingh region.

The committee approved a proposal of the Energy Division to import a total of 1.420 million tonnes of different types of petroleum fuel from different countries under the government-to-government contracts in six months from January to June.

The government has to spend about Tk 6772.87 crore to import this petroleum.

A proposal of the Railways Ministry received the nod of the committee to appoint a consultant for a project to construct single-line dual-gauge railway tracks from Dohazari to Cox’s Bazar via Ramu and Ramu to Ghundum in Bandarban.

A local firm, Development Design Consultant Ltd, won the contract at Tk 38.57 crore for management consultancy services of the project.

The committee also approved a tender proposal to award a contract for widening the Alenga-Jamalpur Highway at a cost of Tk 101.96 crore.

Meanwhile, the Finance Minister presided over the first meeting of the newly formed Cabinet Committee on Economic Affairs before the purchase body’s meeting.

The committee rejected a proposal of the Water Development Board to award a contract through direct procurement method (DPM) for rehabilitation of Hazimara pump house and Char-Bagadi pump house under Chandpur Irrigation Project.