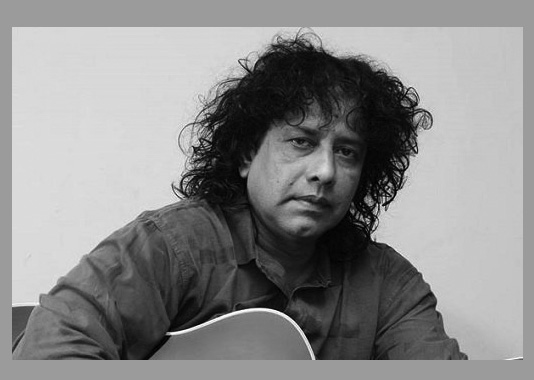 The noted musician died of heart attack at his Aftabnagar resident in the capital yesterday (Tuesday) at the age of 63.

The body of Bulbul was taken to the Central Shaheed Minar at around 11 am where thousands of people from all quarters paid their last respect and tributes to the noted lyricist, composer and musician.

On the Shaheed Minar premises, Bulbul was given a guard of honour.

A delegation, on behalf of President M Abdul Hamid, placed a wreath on his coffin.

His body was kept at the Shaheed Minar till 12.30pm from where it was taken to Dhaka University central mosque where his first Namaj-e-Janaza was held after Zohr prayers.

Later, the body was taken to FDC where the second janaza was held. Then Bulbul was laid to eternal rest at Mirpur Martyred Intellectuals’ Graveyard after Asr prayers.

A freedom fighter, Imtiaz Bulbul joined the Liberation War in 1971 when he was only 15 years old.

Bulbul received various awards for his outstanding contribution to the music industry, most remarkably the Ekushey Padak, the President’s Award, the Shikha Anirban Award (the highest honour conferred by the Bangladesh Armed Forces) and the Bachsas Award (11 times).