UK launches app for EU citizens to stay after Brexit 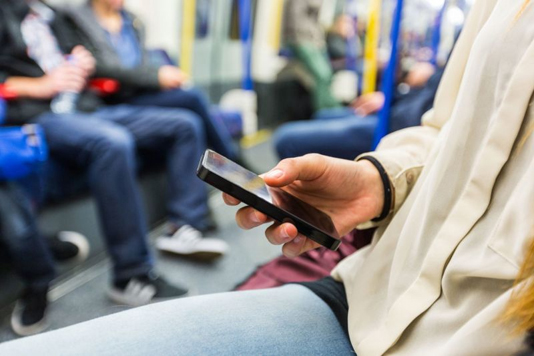 The British government launched a phone app on Monday to allow some 3.5 million EU nationals to apply to stay after Brexit -- immediately receiving a mixed reception from immigrants increasingly concerned about their fate. Most European citizens currently living in Britain will need to apply for "settled status" or "pre-settled status", depending on how long they have been there, to continue to work and claim benefits after Brexit.

The partial app rollout is a test stage before the scheme becomes fully operational on March 30, the day after Britain is due to leave the European Union. It will stay open until late 2020 or 2021, depending on whether Britain leaves the EU with a deal or not.

But some of those trying to use the system on Monday -- which currently requires an Android smartphone and a biometric passport -- hit immediate roadblocks.

"I'm supposed to be an easy case," Polish journalist Jakub Krupa, who has been in Britain for six-and-a-half years, told AFP after the online tool told him it needed "more evidence" to certify his residency.

"The system does not recognise me for being in the UK for that long," he said. "I'm not particularly worried but it's obviously frustrating, undermining confidence in the process".

Prime Minister Theresa May has said repeatedly she wants Europeans living in Britain to stay. Officials have vowed to make the process as easy as possible, but there are concerns at how they will cope with what could be some 6,000 applications a day. EU nationals who can prove residency for five years, until the end of 2020, will be granted so-called settled status.

Those in Britain for less time can apply for the pre-settled category, which will allow them to remain until they hit the five-year mark and can then reapply for settled status. Irish citizens and Europeans who have already gained British citizenship or are entitled to permanent residency do not have to register.

The EU scheme "is an important test for the Home Office. The stakes are high", said Jill Rutter, of the British Future think-tank. "Get it right and the UK sends a strong message that EU citizens are welcome and the government is in control. Get it wrong and the consequences are dire."

The Home Office reported positive results from a trial of the app conducted on 30,000 people during November and December, although the app still does not work on iPhones. No applications were refused and 81 per cent were processed within a week. But almost ten per cent were still unresolved three weeks after the trial ended.

Bartek Wytrzyszczewski, a Polish citizen who has been living in Britain since 2010, was among those to navigate the scheme successfully during its pilot phase. To his surprise, he even received a personal phone call from the Home Office informing him his application had been successful.

"The process itself is quite slick... I got the outcome within 24 hours which was quite reassuring," he told AFP in the northern English city of York, where he studied languages at its university and now works for the local authority. "I do fear for other EU citizens that might be slightly older or less technical than me," he added.

Wytrzyszczewski also feels aggrieved after applying for permanent residency in 2016, only to see his application rejected over a medical insurance issue.

"The prevalent feeling that I've had is a sense of injustice and a sense of not being welcome... really being treated like a second class citizen," he said of his post-referendum brush with British bureaucracy.

The app uses biometric passports and other databases, alongside photos taken on a phone's camera, to confirm identities and check tax and other records to confirm people live in Britain. Applicants must also declare any criminal records. A serious conviction could see their application declined.

The process was initially set at £65 -- the price of a passport -- but prime minister May on Monday announced that the fee would be scrapped. The Home Office has hired 1,500 caseworkers and 400 call centre staff to help guide people through their applications.

If Britain agrees divorce terms with the EU, Europeans arriving before the end of 2020 must apply for their new status by June 30, 2021.In the event of no deal, only those who arrived before Brexit day can apply and have until December 31, 2020, to do so.