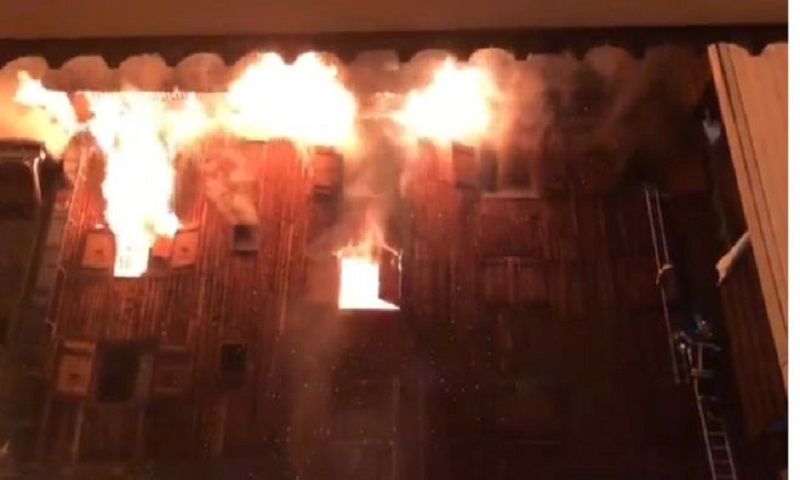 A large fire has broken out at the French ski resort of Courchevel, killing two people and injuring 14, four seriously, local officials say.

The fire started before dawn on Sunday, in a building housing seasonal workers. In all, three buildings were affected.

Seventy firefighters battled to bring the blaze under control. The cause has not yet been confirmed.

Footage from the scene shows fire crews using ladders to try and rescue people from inside the three-storey building.

One video, posted on social media, shows at least one person jumping from an upper floor window to try and escape the blaze.

Another clip appears to show dozens of people evacuated from the building gathered in the street below.