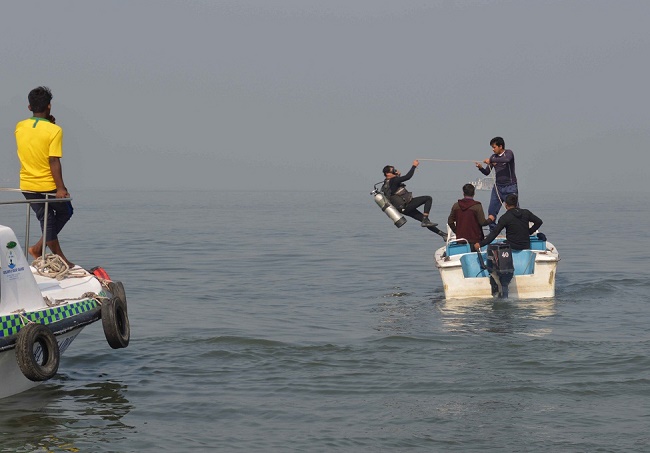 The bodies of two workers, who along with 18 others went missing after a sand-laden trawler capsized in the Meghna River on Tuesday, were recovered Sunday on the 6th day of the rescue operation, UNB reports.

Mostofa Mohsin, assistant director (Diving) of Fire Service and Civil Defence, said they recovered one of the bodies from Munshiganj Launch Ghat around 9 am while the other one from Shatnal area in Chandpur district around 12 pm.

”We are not sure whether the bodies are of the missing workers of the capsized trawler,” he added.

Two rescue teams started their operations around 8 am Sunday and have been trying to trace the trawler through side scan sound wave.

Besides, divers of Bangladesh Navy, Fire Service, BIWTC, Coast Guard and River police are also trying to locate the trawler.

Earlier on Friday, a case was filed accusing three people in connection with the incident.

The trawler, carrying 34 workers from Cumilla, sank in the river at Charjhapta in Sadar upazila around 3 am on Tuesday after it collided with an oil-laden tanker while heading towards Fatulla in Narayanganj.

Although 14 workers managed to swim ashore, the rest went missing. All the workers hail from Pabna and Sirajganj districts.