4 killed as microbus plunges into roadside ditch in N’ganj 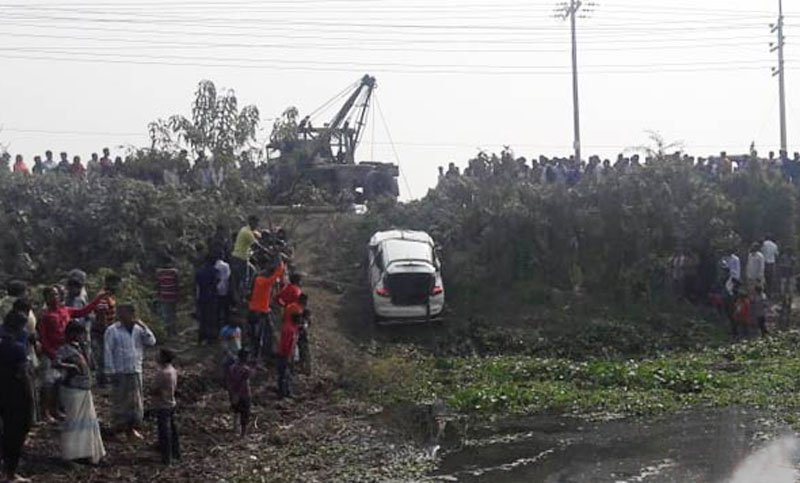 At least four people have been killed when a microbus plunged into a roadside ditch on Dhaka-Chittagong highway in Sonargaon upazila of Narayanganj.

The accident took place at Bostol area on Sunday morning.

Morshed Alam, officer-in-charge of Sonargaon Police Station, said the accident took place around 8:30 am as the Dhaka-bound car fell into a roadside ditch after the driver lost control over the steering due to dense fog, leaving the four people dead on the spot.