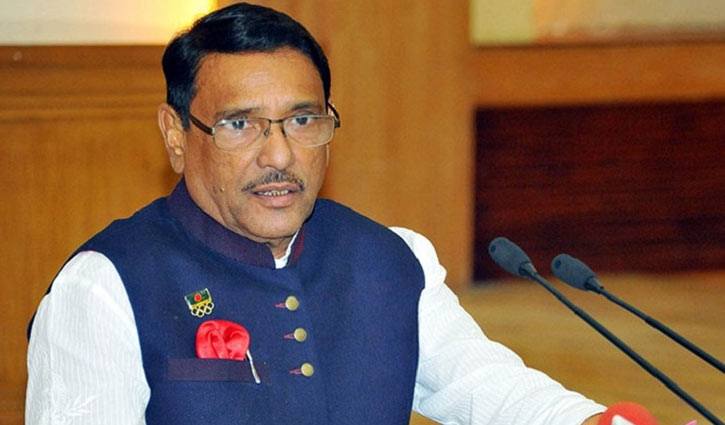 Awami League General Secretary Obaidul Quader on Friday predicted that the Jatiya Oikyafront will not survive for lack of principles and ideals in the alliance.

“This coalition (Oikya Front) lacks principles and ideals. The way the Oikya Front was formed, it seemed from the beginning that the alliance won’t survive,” he said while talking to reporters at the AL president’s Dhanmondi political office.

Mentioning that the number of party aspirants for the reserved MP seat has seen a rise this time, Quader, also Road Transport and Bridges Minister, attributed it to the increase in party’s popularity and acceptability.

Turning to the party’s Suhrawardy Udyan rally scheduled for Saturday, the ruling party leader said AL President and Prime Minister Sheikh Hasina will send out important messages from the rally. “She will warn party leaders and activists against misuse of power. She’ll ask them to stay away from corruption, drugs and terrorism declaring her zero tolerance against the menaces.”

He also said there will be directives from the rally to the party men to deeply get involved in the fight against drug abuse. “Besides, the Prime Minister will unveil her development plan at the rally.”

Awami League will hold a grand rally at Suhrawardy Udyan on Saturday to celebrate the massive victory of the party in the 11th parliamentary election.