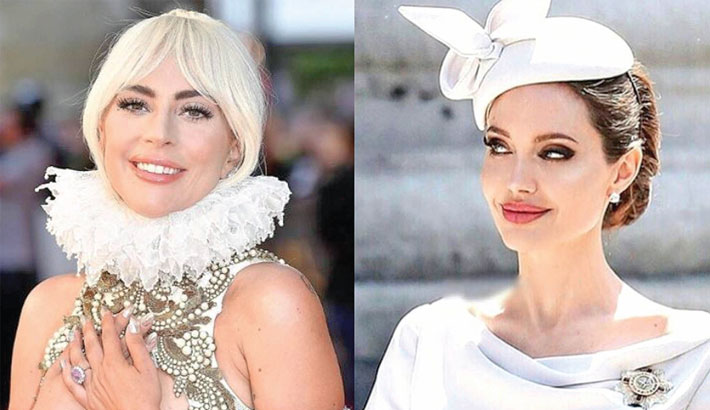 Actresses Lady Gaga and Angelina Jolie are in a battle to land a chance to play Cleopatra in a mega-budget film reboot, reports Mid-day.

Oscar-winning Angelina, 43, has been in on-off talks for months with studio bosses at Sony over playing the part, which was essayed by Elizabeth Taylor in a 1963 film version.

But Gaga, 32, is now also in the running following the success of “A Star Is Born”, her big screen debut as a leading lady.

A senior production source at Sony told The Daily Star: “Cleopatra was known as the Queen of the Nile, and Elizabeth Taylor firmly established herself as Hollywood’s queen in the 1963 film version.

“There’s every reason to think that whoever gets to play her this time round is going to enjoy an equally lofty perch in the motion picture industry.”

It was billed at the time as an “epic historical drama”, but Sony’s new Cleopatra is being touted by producers as a “dirty, bloody political thriller told from a feminist perspective”.

The source said it could be so close between Jolie and Gaga that “both of them will have to audition - a pretty rare ask of an A-list star”, according to dailystar.co.uk.