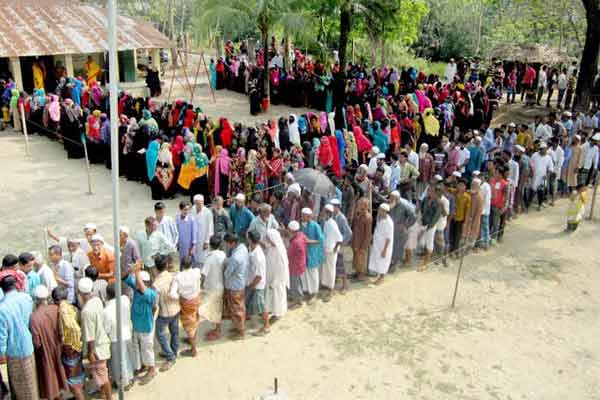 Re-balloting in three election centres in Brahmanbaria-2 constituency, where the voting was suspended during the December-30 general election, underway on Wednesday.

The balloting began at 8:am and will continue till 4pm without any break.

The margin of votes between Abdus Sattar and Moyeenuddin is 10,159 which is less than the total 10,574 votes under the three election centres. So, the re-voting to the three polling centres is needed.

Assistant returning officer of the election and Ashuganj Upazila Nirbahi Officer Mousumi Bain Hira said all preparations have already been completed to arrange the re-voting.