Syed Ashraf to be buried at Banani graveyard on Sunday 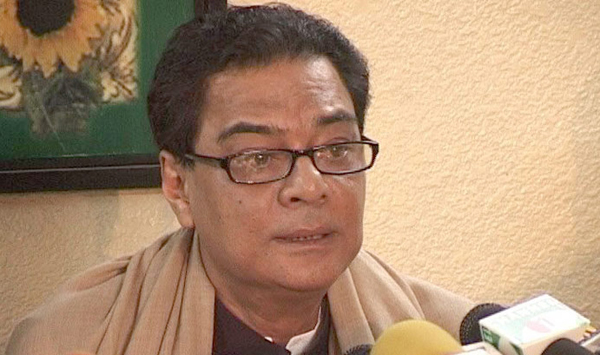 The body of Awami League leader Syed Ashraful Islam will be brought back home on Saturday evening and he will be laid to rest on Sunday.

The mortal remains will be flown back on a Biman Bangladesh Airlines flight which will take off from Bangkok at 4:00pm local time and reach Hazrat Shahjalal International Airport in Dhaka around 5:30pm, said Syed Ashraful’s assistant personal secretary AKM Sazzad Hossain.

An AL delegation, led by party general secretary Obaidul Quader, will receive the body at the airport, said an AL press release on Friday.

From the airport, the body will be taken to his Bailey Road official residence and later, it will be kept at the mortuary of the Combined Military Hospital for Saturday night.

Sazzad said the first janaza will be held at the South Plaza of the Jaitya Sangsad at 10:30am on Sunday.

The mortal remains will be flown back to the capital from Mymensingh and the Awami League leader will be laid to rest at Banani graveyard after Asr prayers, the APS said.

Syed Ashraf, former general secretary of Awami League and public administration minister, died of lungs cancer at Bumrungrad International Hospital in Bangkok around 9:45pm on Thursday at the age of 67.

He, son of national leader and Bangabandhu’s close associate Syed Nazrul Islam, left behind one daughter and a host of relatives to mourn his death.

Syed Ashraful was elected member of parliament from Kishoreganj-1 constituency five times - 1996, 2001, 2008, 2014 and 2018. In Sunday’s election, the AL leader came out successful from the parliamentary seat.

He, however, could not take oath on Thursday when all the Awami League MPs were sworn in. The AL leader submitted a letter to the speaker on the day seeking time for taking the oath.

His wife Shila Islam died of cancer at a London hospital on 22 October last.

Syed Ashraful, a member of the 10th parliament, took a 90-day leave from the Jatiya Sangsad from 18 September last for receiving treatment in Thailand.

In 2008, Syed Ashraful returned home from London to steer Awami League during the army-backed government when the party went through a difficult time.

He was made the party’s general secretary in 2009 and served for two consecutive terms till 2016.

Syed Ashraful was made LGRD and cooperatives minister after Awami League formed the government through the 29-December election in 2008. He was given the charge of the same ministry after the party won the 5-January election in 2014.

He was, however, removed from the ministry on 9 July, 2015 and made a minister without portfolio.

A week later, he was made the public administration minister.