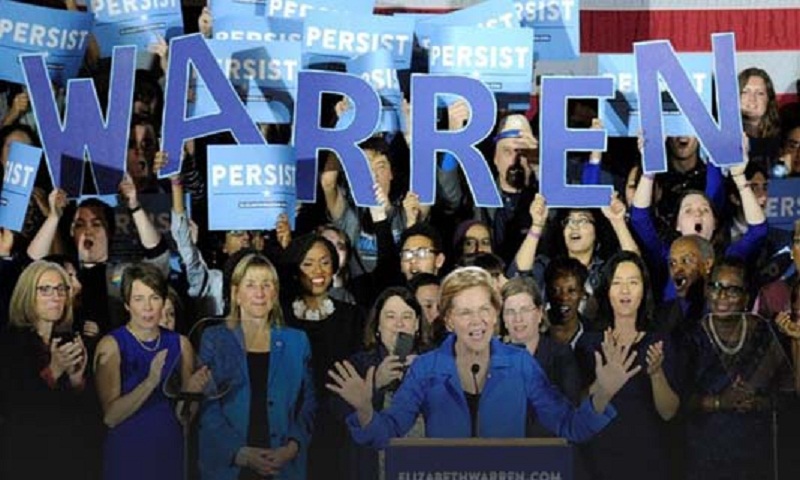 Democratic Senator Elizabeth Warren — an outspoken critic of Wall Street and nemesis of Donald Trump — entered the 2020 race for the White House on Monday.

The 69-year-old progressive announced she was launching an exploratory committee for president, becoming the first major candidate in what is set to be an extraordinarily crowded Democratic primary, united by a singular focus on unseating the Republican Trump.

The move will help Warren raise funds and hire more staff early in the campaign cycle — an effort in which she already leads most other potential Democratic candidates.

Her announcement came 13 months before the Iowa caucuses that launch what is expected to be a boisterous primary season.

“America’s middle class is under attack,” said a video message from Warren, who has represented Massachusetts in the Senate since 2013, crafting a reputation as an economic populist.

“Corruption is poisoning our democracy,” she said. “Politicians look the other way while big insurance companies deny patients life-saving coverage, while big banks rip off consumers and while big oil companies destroy this planet.”

That, she said, is why she is launching her exploratory committee.

A former public-school teacher and then Harvard law professor, Warren has been a vocal advocate of consumer and workers’ rights. But Americans may know her best for her frequent sparring with Trump — which has had mixed results.