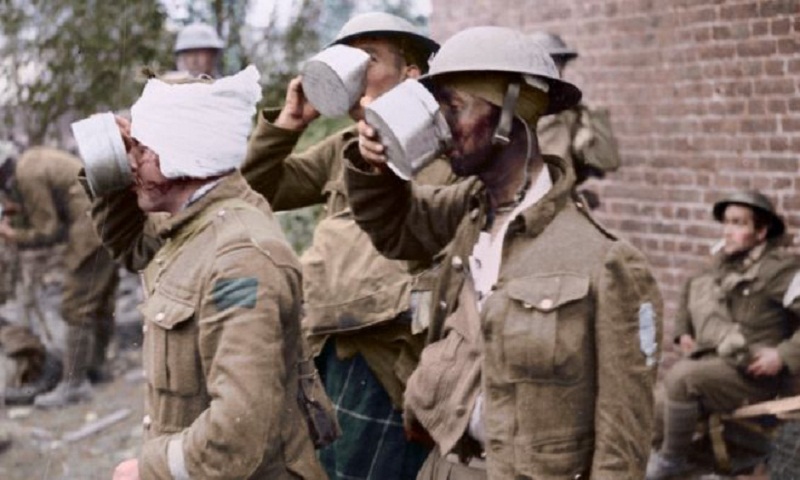 With a dose of colour, a Canadian charity has breathed new life into archival images from World War One.

The Vimy Foundation pored over hundreds of old Canadian black and white photos to select a final 150 to painstakingly colourise.

The hope is to create a personal connection to the war experience for a new generation through the restored images.

The photos have been published in the book They Fought In Colour.

They are also currently on display at Canada's national war museum through early January, and the exhibit is expected to tour across the country throughout 2019.

"A lot of those details - people's eyes and their expression and the backgrounds and the landscapes - are lost in black and white compared to colour," he told the BBC.

"It gives a great perspective of real events. They're suddenly the real faces of real people."

The Vimy Foundation's mandate is to preserve and promote Canada's legacy in the global conflict, which spanned from 1914 to 1918.

That war "was a transformative experience in Canada's history", Mr Diamond said.

Then still a very new country, Canada had some 8 million residents at the time, less than a quarter of its current population.

The war "completely changed the society we were living in because everybody knew somebody who went over, and many people, of course, lost family members over there", said Mr Diamond.

"That important story - the growth of a very young country - formed the basis for how our communities were developed."

The Vimy Foundation is not the first to try to bring the history of World War One to life through colourisation.

Earlier this year, filmmaker Peter Jackson, of Lord of the Rings fame, released a ground-breaking programme on World War One, called They Shall Not Grow Old.

It uses technology to painstakingly transform black and white archive footage of soldiers into a full-colour documentary.

UK filmmakers also colourised dramatic footage from the second global conflict of the 20th century for the 2014 documentary World War Two in Colour.