Khashoggi, other persecuted journalists named Time 'Person of the Year' 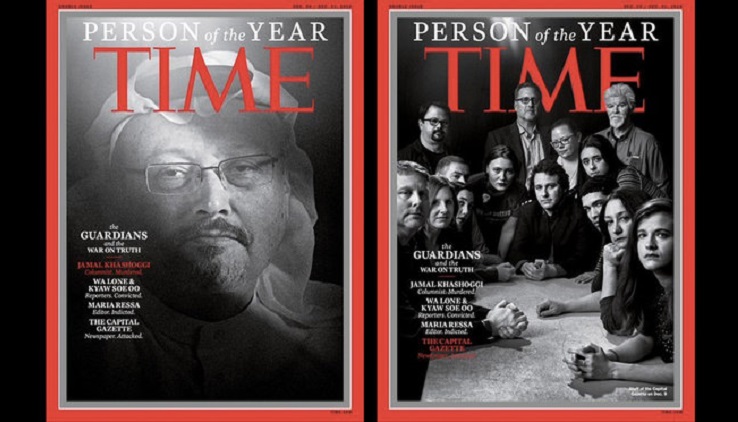 Saudi journalist Jamal Khashoggi, who was murdered in October at his country's Istanbul consulate, was named Time magazine's "Person of the Year" Tuesday, an honor he shared with other persecuted journalists dubbed as "guardians" of the truth.

Among those named with Kashoggi were Philippine journalist Maria Ressa, Reuters reporters Wa Lone and Kyaw Soe Oo -- currently imprisoned in Myanmar -- and the staff of the Capital Gazette in Annapolis, Maryland, including five members killed in a June shooting.

Time, which has awarded the "Person of the Year" title annually since 1927, published four different magazine covers for this week's edition, each one spotlighting different honorees.

It is the first time someone has been chosen posthumously for the prestigious cover.

US President Donald Trump, the 2016 "Person of the Year," was the bookmakers' favorite this year but in the end was runner-up.