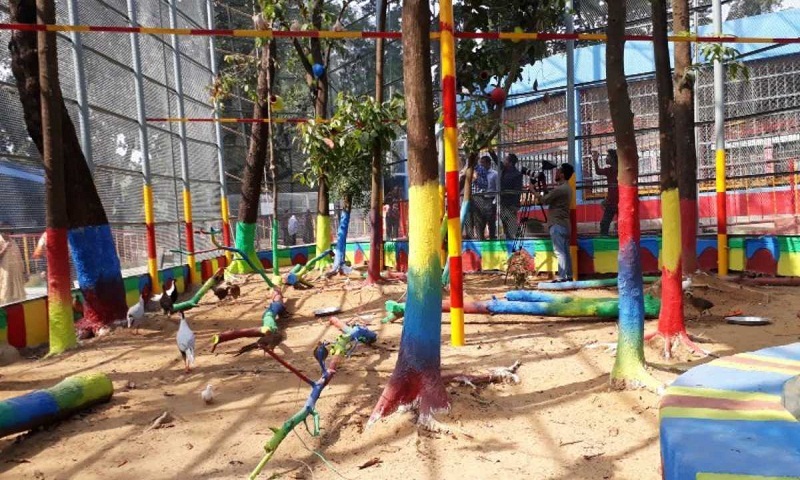 More than 3,000-4,000 enthusiastic animal lovers and visitors are coming almost every day to enjoy a wide range of display at Chattogram zoo with the new arrival of 342 birds of six species. The number gets double on holidays.

During a recent visit, the UNB Correspondent found the enthusiast visitors are enjoying various species of birds displayed in the

Talking to UNB, Chattogram Zoo Executive Committee member secretary and Hathazari Upazila Nirbahi Officer Ruhul Amin said they have made the new ‘Natural Mini Aviary’ in a bid to draw bird lovers according to the direction by the district administration.

Spending all the proceeds that come from ticket sale, the infrastructure of the zoo has been enriched with modern facilities like installing a giant gate, setting up of surveillance cameras in different important points, making a kid zone, internal roads, public toilets, resting seats for the visitors, colouring zoo walls and planting more trees for healthy green environment.

The 60-foot long, 25-foot wide mini aviary was constructed costing Tk 20 lakh and 342 birds of six species have been bought at Tk 14 lakh. Among those species, there 20 pairs of love birds, 50 pairs of laughing doves, 10 pairs of pheasants, 10 pairs of ringneck parakeets, 50 pairs of cockatiels, and one pair of macaws.

Meanwhile, they have brought a lion by exchanging it for a lioness from Rangpur Zoo on September 5. A pair of Zebras was brought from South Africa costing Tk 33 lakh on December 9, 2016.

Earlier on November 2, the deputy commissioner formally inaugurated the aviary.