Viqarunnisa girl ‘kills herself’ after being ‘rebuked’ by teachers 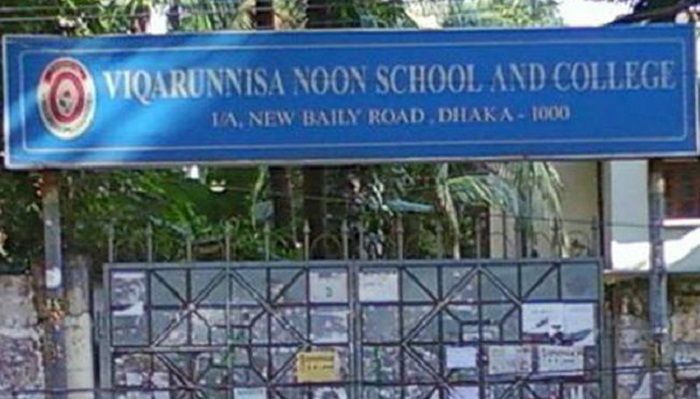 A student of Viqarunnisa Noon School and College reportedly committed suicide at their Shantinagar residence in the city on Monday after allegedly being rebuked by teachers for using mobile phone during examination.

The deceased was identified as Adhriti Odhikari, a Class-IX student and daughter of Dilip Odhikari.

The principal of the educational institution called the parents of the girl to her office on Monday after a mobile phone was found in Adhriti's possession during the final examination on Sunday, said sub-inspector Bachchu Mia, in-charge of Dhaka Medical College Hospital (DMCH) police camp, quoting family members.

Alleging that she used mobile phone for adopting unfair means in the test, the principal and other teachers rebuked her in the presence of her parents and they also asked them to collect the transfer certificate of Adhriti on Tuesday, Dilip said.

"Although my daughter offered apology several times, the teachers didn't listened to her; rather they asked us to get out of the office," he added.

Adhriti rushed to their house before her parents and hanged herself from a ceiling fan of her room, said her father.

Seeing Adhriti hanging, Dilip took her to the DMCH where doctors declared her dead.

On information, police recovered the body and sent it to the morgue of the hospital.