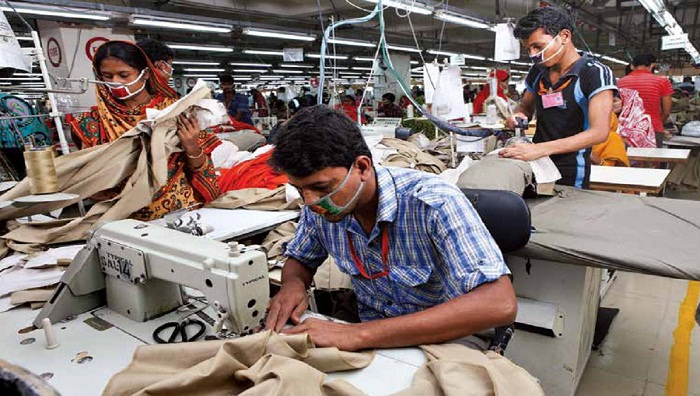 The government has published a gazette notification fixing Tk 8,000 as the minimum wage of garment workers.

As per the notification published on Sunday, the new pay structure will be effective from December 1.

A trainee/apprentice worker will receive a total of Tk 5,975 per month.

The initial working period for a trainee will be three months, which could be extended for another three months if garment factories are not satisfied with his/her work.

After that period, trainees will be appointed as permanent workers under Grade-7.

Workers will receive 5 percent increment on their basic salary every year.

The government formed a new wage board to review the existing wages of the garment industry workers on January 14. The garment owners proposed Tk 6,000 as the minimum wage, while the demand from workers was Tk 12,000.

After bargaining, Tk 7,000 was fixed. But, both the owners and workers did not accept it.

Later, Prime Minister Sheikh Hasina held a meeting with both the parties and fixed the wage.