Bangladesh urges international community to keep up pressure on Myanmar 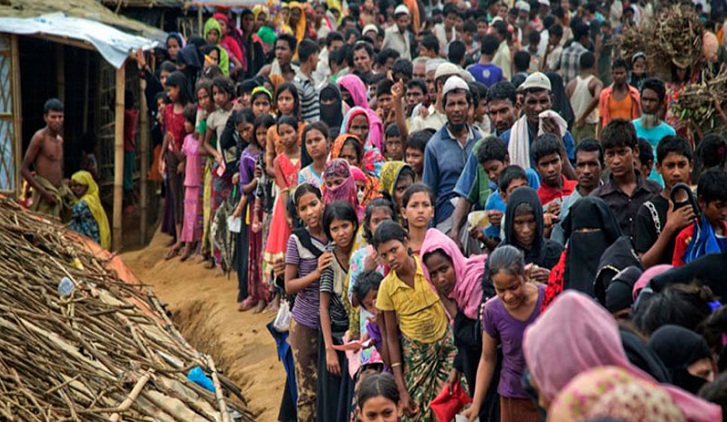 Bangladesh has reiterated its call for sustaining the international pressure on Myanmar for the safe and dignified repatriation of the Rohingya refugees who fled to Bangladesh to escape atrocities.

"A continued and sustained international pressure on Myanmar will be catalyst for a long-term solution to one of the worst humanitarian crisis created by Myanmar forcing Bangladesh to bear its brunt," Bangladesh High Commissioner to India Syed Muazzem Ali said on Tuesday in New Delhi.

He made the remark while briefing more than 60 diplomats representing their New Delhi-based missions concurrently accredited to Bangladesh.

The hour-long briefing session was held to update the diplomats about the latest development on Rohingya crisis and to seek support for the OIC and EU resolution entitled "Human Right Situation in Myanmar", table at the 3rdCommittee of the United Nations General Assembly (UNGA).

Already 99 countries have cosponsored the draft resolution which will be considered by the 3rdCommittee on November 15, said the High Commission.

Last year, a resolution on the "Situation of Rohingya Muslims in Myanmar" was overwhelmingly adopted at the 3rdCommittee with 135 countries voting in favor, 10 against and 26 abstaining.

Referring to the influx of over 700,000 Rohingyas since 25 August in 2017, Syed Muazzem said Prime Minister Sheikh Hasina let the persecuted men, women and children to enter Bangladesh on humanitarian consideration.

It is now time for the refugees to return to their homes under a continued and sustainable repatriation programme, he said adding that a permanent solution to the crisis lies in the implementation of the three-point solution proposed by Sheikh Hasina at the last UNGA session.

The essence of the three-point is: Myanmar must end discriminatory laws, policies and practices against minority group, bust create a conducive environment through building trust and protection of rights and it must end atrocious crimes against Rohingyas.

The High Commissioner said over 2,000 Rohingya refugees are expected to leave for Myanmar on Thursday in the first batch of voluntary and verified repatriation under a bilateral agreement between Bangladesh and Myanmar and it is being supervised by UNHCR.

"It's a token repatriation and it'll be a test case for Myanmar," he said.

The session was followed by a question-answer session.