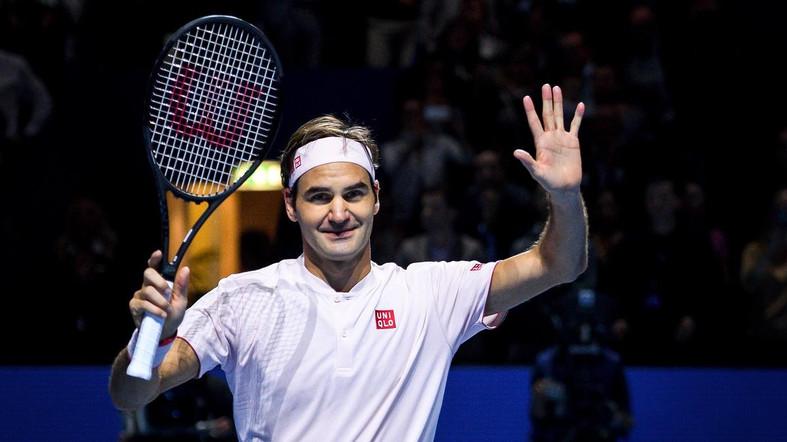 A ninth title at Federer's hometown event in Basel, where he was once a ball boy, matched the nine he has won at the Halle grass-court event in Germany. He closed the gap on the all-time singles titles list to Jimmy Connors, who leads with 109.

"It's been a magical week. It was dream run for me," Federer said in his on-court acceptance speech, before his fans' ovation brought tears welling in his eyes.

"To come through and win again here in my hometown, never knowing if this might be your last time ... it obviously means a lot to me and it becomes very emotional," he said later.

The top-seeded Swiss rallied from trailing by a service break in each set against the 93rd-ranked Romanian, whose serve was measured at 243 kph (151 mph) in his opening service game.

Federer clinched minutes after saving a break point, taking his first match-point chance when Copil sent a backhand into the net.

The title was the 37-year-old Federer's first in more than four months since winning on grass at Stuttgart in June.

Federer's 151st singles final on the ATP tour shaped as one of his biggest mismatches by ranking. He has never lost a final to an opponent ranked below No. 87.

Their first meeting came after Federer amassed 20 Grand Slam singles titles, while Copil has just one career match win at a Grand Slam — in the 2015 Australian Open first round.

Copil, currently ranked No. 93, will rise to a career-best ranking of No. 60 when the new list is published Monday.

"I would love for it to be the beginning of my career at this level," said Copil, who played his first tour-level match in 2009.

The first-set tiebreaker was likely to be crucial given Copil's career record of 8-52 when losing the opening set in top-tier matches.

Federer got a mini-break in the seventh point, being rewarded for solid defense from the baseline when Copil netted an attempted drop shot.

After Copil saved two set points with big serves, Federer took the first on his own serve when his opponent sent a forehand long. Federer celebrated with a shout and a pump of his right fist.

In the second set, Copil again quickly broke serve and this time held the key fifth game when Federer had two break points.

It was a brief respite until Federer broke in Copil's next service game despite the Romanian ending one long rally with a backhand lob for a winner.