Humpback whales stop singing when ships are near: Study 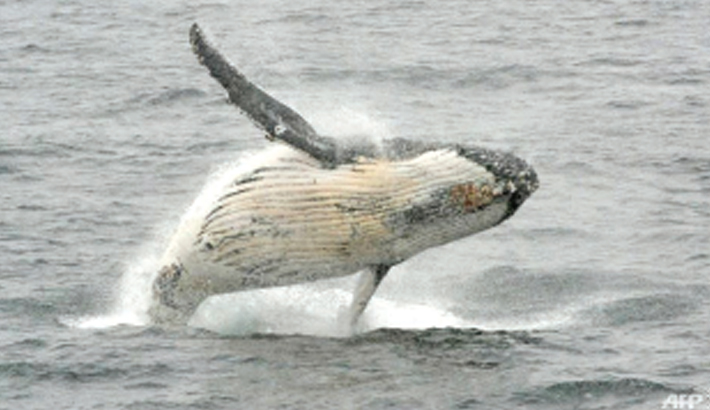 TAMPA: Humpback whales are famous for their eerie, underwater songs. But researchers in Japan said Wednesday these massive marine creatures stop singing, at least temporarily, when human-driven ships are nearby, reports AFP.

Researchers focused on the remote Ogasawara Islands in Japan, some 620 miles (1,000 kilometers) south of Tokyo, where a single passenger-cargo liner passed through the area once per day. Male humpback whales sing as a way to communicate and attract mates. But by plunging a pair of hydrophones into the water to listen to the whales’ reaction—about 26 of whom were detected in the study area—researchers found that the approach of a ship silenced them.

“The main reaction of humpback whales was to stop singing either when the ship approached or after it passed by,” said the study in the journal PLOS ONE, led by Koki Tsujii from Ogasawara Whale Watching Association and Hokkaido University.

Fewer male humpbacks sang in the area within 500 yards (meters) of the shipping lane than elsewhere.

“After the ship passed by, whales within around 1,200 meters tended to temporarily reduce singing or stop singing altogether,” said the study.

Many whales did not start to sing again until a half hour after the ship was gone from the area.